Manchester United star Bruno Fernandes has insisted that even winning the Europa League would not be enough for the club despite it being a sign of progress.

Ole Gunnar Solskjaer’s side have more than a foot in the Europa League final after they beat Roma 6-2 at Old Trafford in the first leg of their semi-final tie last week.

Manchester United are expected to complete the formalities at the Stadio Olimpico on Thursday night and book their ticket in the final in Gdansk later this month. 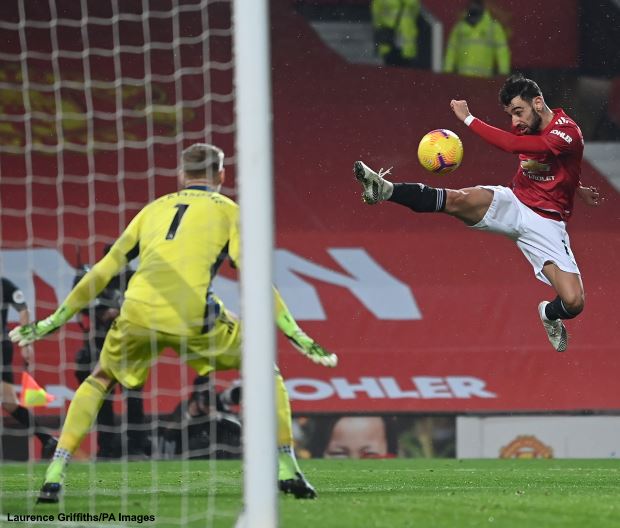 They won the tournament in 2017 and Fernandes admitted that winning it again this year would be a sign that the club are going in the right direction.

But the attacking midfielder insisted that it is still not enough for a club of Manchester United’s stature.

Fernandes said in a press conference: “The Europa League is still not enough for us, but it is a sign we are getting better.

“We have a lot to improve and we will.”

He highlighted the impact of players such as Paul Pogba and Edinson Cavani on the team, but stressed the importance of the improvement they have made as a team over the last 18 months.

“We all know what qualities Paul and Edi bring.

“But the most important thing is the improvements the team has made over the last few months and we still have areas to improve.”