Wesley Sneijder is of the view that West Ham United linked Donyell Malen could become a sensation in the European Championship and urged the Netherlands coach Frank de Boer to start him ahead of Wout Weghorst.

The Hammers are on the hunt for new signings during the transfer window as they aim to equip themselves for Europa League football next season.

The Dutchman is on West Ham boss David Moyes’ radar, with the Scot having picked him out as a player to watch at Euro 2020. 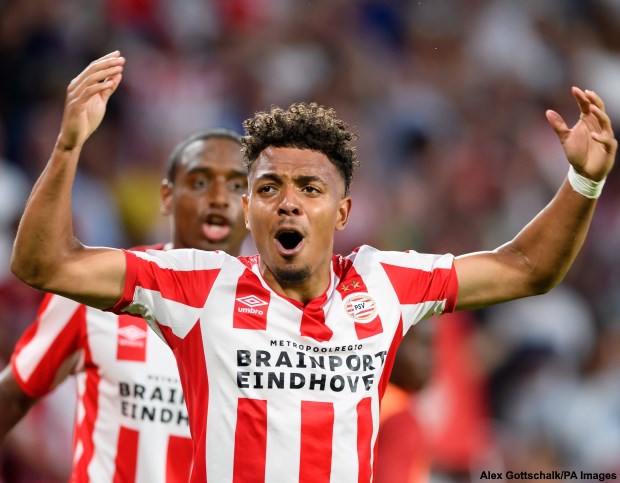 And with words West Ham fans will note, ex-Netherlands international Sneijder also rates Malen highly and tipped him to become a sensation in the European Championship if he is handed game time.

While discussing about which strikers should start for the Netherlands in the upcoming tournament, Sneijder told the Voetbal International Live Show :”I think he [Malen] is a really great striker.

“And I really think that if he gets the chance to play, he could become a sensation in this European Championship.

“I’m really charmed by that boy.”

Sneijder feels De Boer should start Malen up front with Memphis Depay as he would provide more movement than Weghorst.

“There’s a lot of movement with those two [Depay and Malen] in the front.

“And I would rather opt for movement, with two players who can dive into the spaces, than a static striker [like Weghorst].”

If the Dutchman does live up to Sneidjer’s words then a transfer scramble could develop over the transfer window.

In addition to Malen, Tammy Abraham, Youssef En-Nesyri and Duvan Zapata are among the other strikers linked with the Hammers this summer.