Larne FC star Kofi Balmer has given his agreement to join Crystal Palace this summer, according to Sky Sports News.

Balmer joined Larne last summer and was a major part of their squad in the past campaign, making 41 appearances in total.

The young centre-back has also taken the pitch for the Northern Irish club this season in the Europa Conference League qualifiers first round. 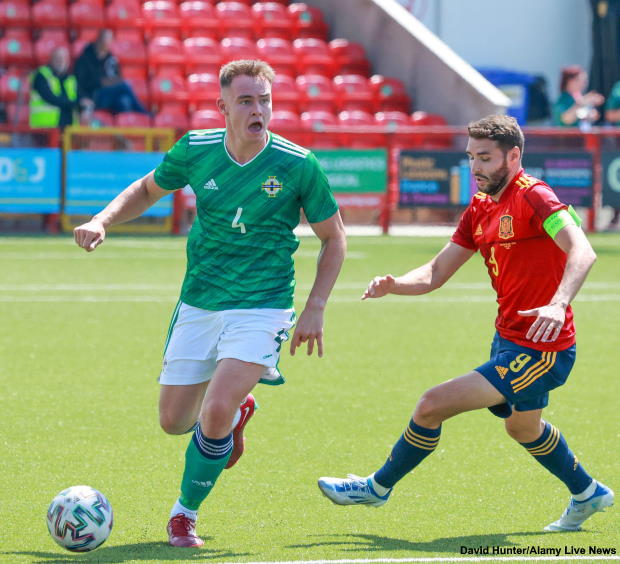 Crystal Palace are keen on bringing in the centre-back to Selhurst Park this summer and agreed a fee with Larne for his services.

Only the agreement on personal terms remained and now that obstacle has been cleared as Balmer has agreed to join the Eagles.

The Northern Ireland Under-21 international had two more years remaining on his contract with Larne, but now joins Crystal Palace on a three-year deal.

Balmer will be hoping that he can make the transition to the English game from the Northern Irish one smoothly.

The young centre-back has plenty of experience playing for the Northern Ireland youth teams, making 16 appearances in total for the Under-21s.