Liverpool Under-23 skipper Harry Wilson has revealed that Manchester United took a look at him before the Merseyside giants snapped him up as a nine-year-old in 2005.

The 19-year-old, who has progressed through Liverpool’s academy, is yet to make his senior debut for the Merseyside giants, but is knocking on the door.


Wilson signed his first professional contract with Liverpool in 2014 before joining then League One outfit Crewe Alexandra on a youth loan deal for four months in August 2015.

The winger, who clocked up 285 minutes over seven league appearances for the Railwaymen, was recalled by the Reds in December. 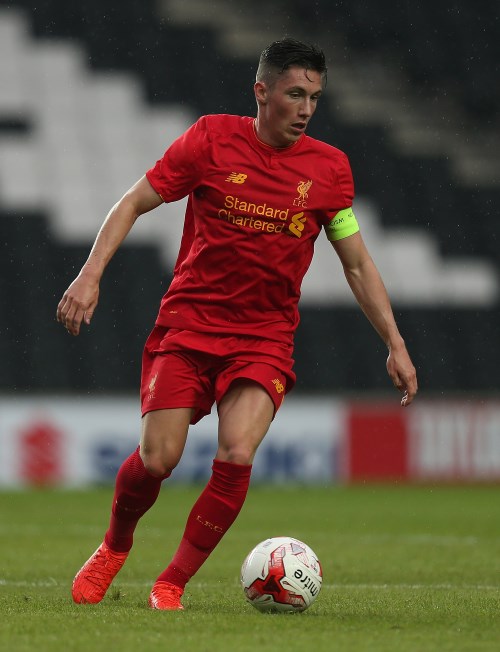 Wilson has been in fine form for the Liverpool Under-23s in the present campaign, scoring three times and setting up as many goals in seven Premier League 2 games.

And the Welsh international, who explained that he was looked at by Manchester United before Liverpool signed him, however, insisted that his trial with the Red Devils did not go too well.

“I was just playing for a Sunday League team back home in North Wales, and in an out centre with Manchester United actually, that didn’t go well”, he told LFC TV.

“Then a couple of weeks later I had a phone call from Liverpool.

"I came in for a trial, impressed, they signed me when I was nine, and I haven’t looked back.”

Wilson, who has one senior cap for Wales to his name, signed a new contract with Liverpool in the summer.