Pierre-Emerick Aubameyang, who has been linked with Premier League clubs Chelsea and Liverpool, wants to move to AC Milan, according to Sky Sports News HQ.

The striker's club side Borussia Dortmund let it be known earlier this summer that they are willing to sell Aubameyang for the right price, but wanted the deal done early.


With no offers having arrived, the Bundesliga giants recently shut the door on a departure for the man who netted 40 goals in all competitions for the club last season.

But despite Dortmund deciding they will not sell, Aubameyang wants to go to AC Milan, it has been claimed. 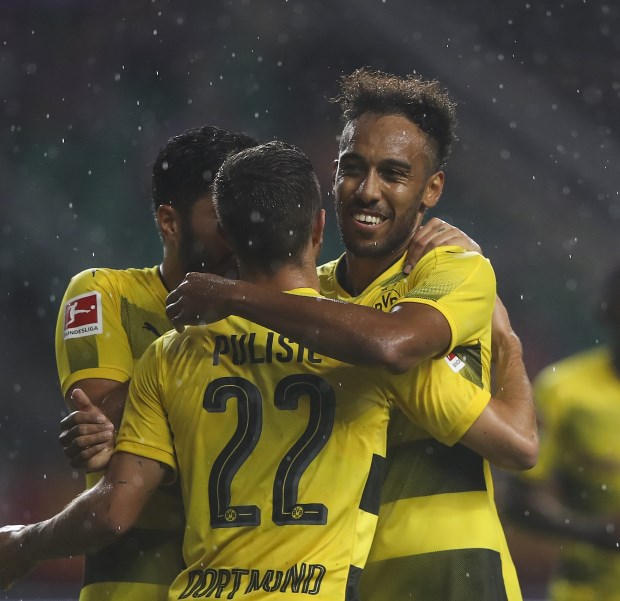 The Rossoneri are splashing the cash this summer as they seek to reclaim their spot at the summit of Italian football.

Aubamayeng also spent time at AC Milan during the early part of his career, but did not break through to the first team and left on a permanent deal to Saint-Etienne in 2011.

He has been linked with a move to the Premier League with Chelsea and Liverpool, although the Blues have just bought Alvaro Morata from Real Madrid, making a move for Aubameyang unlikely.

And it remains unclear how concrete Liverpool's interest is and whether the Reds would be willing to pay the sums required to sign the striker.