Manchester United have been in touch with Sergej Milinkovic-Savic’s agents, but could face competition from Chelsea and Tottenham Hotspur for his signature.

The Red Devils have secured Champions League football for next season and Ole Gunnar Solskjaer is expected to splash the cash over the course of the transfer window.

The club are now showing interest in Lazio midfielder Milinkovic-Savic. 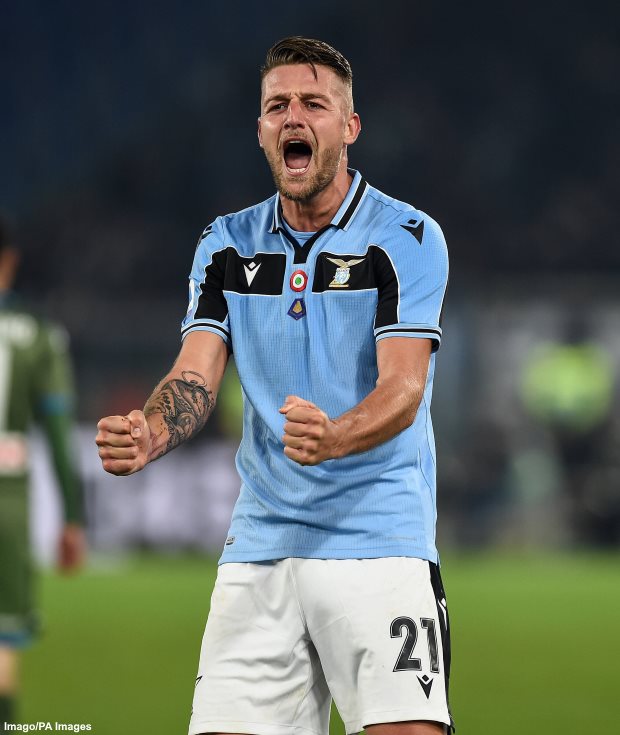 Manchester United have a long-standing interest in the Serbian and, according to French outlet Foot Mercato, had contact with his agents as recently as last week.

The Red Devils are dreaming of landing Milinkovic-Savic, but they could face competition from Chelsea and Tottenham Hotspur.

It is claimed that both London sides are keen on Milinkovic-Savic, as are Paris Saint-Germain and Juventus.

Manchester United would like to team the Serbian up with Bruno Fernandes and Paul Pogba at Old Trafford, but so far Lazio have not received a bid to test their resolve.

Milinkovic-Savic has helped Lazio to secure Champions League football for next season and the Rome giants are likely to want a substantial fee this summer if they are to allow him to leave.