Arsenal, Chelsea and West Ham United are showing interest in Cagliari midfielder Nahitan Nandez, it has been claimed in Italy.

Cagliari signed the Uruguayan from Boca Juniors last summer and his first season in Serie A has led to interest from several clubs.

Nandez has turned heads with his performances in Serie A this season with 34 appearances, and he has been linked with a move away from Cagliari. 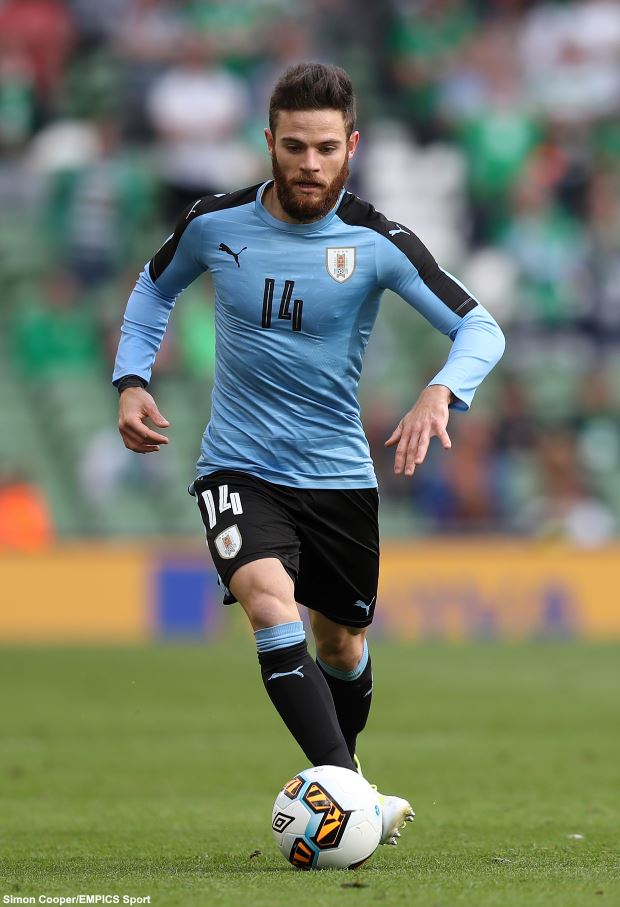 Serie A giants Napoli are considering snaring him away from Cagliari, who are set to finish in lower mid-table this season.

But a move to the Premier League has also emerged as an option and, according to Italian daily Corriere dello Sport, Nandez has also popped up on the radar of Arsenal, Chelsea and West Ham.

The three London clubs are looking to bring in reinforcements this summer and all of them are considering a move for the Uruguayan.

Cagliari are aware that they could be forced to sell him due to the fact he has a release clause of €36m in his contract.

Nandez, who has 31 caps to his name for Uruguay, has impressed in Italy this season and it remains to be seen whether he is in line for a big move after just one year in European football.