Stuttgart Yet To Receive Bid Worth Discussing For Leeds United Target


Newly promoted Bundesliga outfit Stuttgart are yet to receive any offers good enough to tempt them to talk about selling Leeds United target Nicolas Gonzalez this summer.

Gonzalez scored 14 goals in the second tier of German football last season and it has led to interest from several clubs in Europe this season.

Borussia Dortmund have been credited with an interest in the striker, and Marcelo Bielsa’s Leeds are also considering signing the 22-year-old Argentine in the ongoing transfer window. 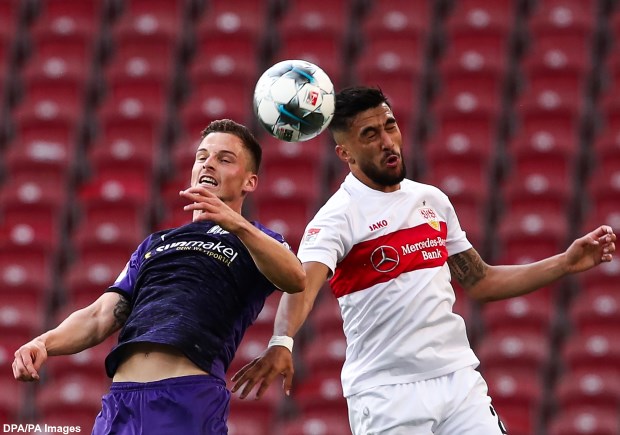 But according to German magazine Kicker, despite all the interest in the striker, Stuttgart are still waiting for the first serious offer to arrive on their table.

They are aware that Gonzalez's agents are looking at options for their client, but have not received a bid they will discuss.

Stuttgart have insisted that the striker has no release clause in his contract and if he is to leave then it will be on their terms.


The Bundesliga outfit are claimed to be looking for at least €20m before allowing Gonzalez to go this summer.