Real Madrid have slapped a steep asking price on full-back Sergio Reguilon, who has been linked with a move to Everton and Chelsea, it has been claimed in Italy.

Reguilon is currently on loan at Sevilla from Real Madrid and will return to the Bernabeu at the end of their Europa League campaign.

The 23-year-old has little chance of being part of Zinedine Zidane’s plans next season and Real Madrid are interested in selling him in the ongoing transfer window. 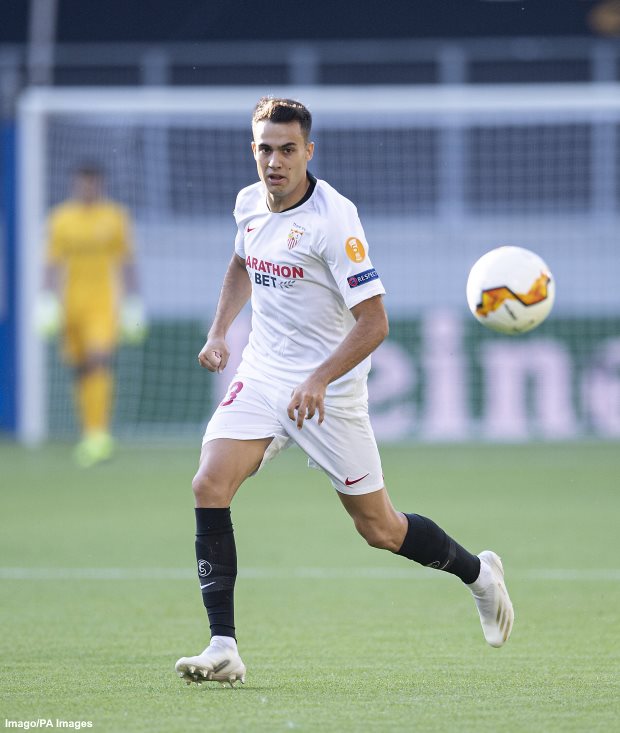 Italian Serie A giants Napoli have been linked with holding an interest, while he has admirers in the Premier League, a group including Chelsea and Everton.

Real Madrid are ready to let him go, but according to Italian outlet CalcioNapoli24, the Spanish giants want a figure of €25m from his departure.

It is claimed that Napoli have not yet made direct contact with Regulion’s entourage and competition for his signature is fierce.

Reguilon is being seen as a bankable asset by Real Madrid and they do not want to sell him for anything less than €25m.

The Spaniard is currently focusing on Sevilla’s Europa League campaign and will feature against Wolves on Tuesday night.

The 23-year-old is also being tracked by the French champions Paris Saint-Germain.