The 19-year-old left-back is wanted at several big European clubs and his representatives have been working on a transfer behind the scenes.

Ait-Nouri and his agent were in England last month to visit the facilities Manchester United and Manchester City and held talks with both clubs. 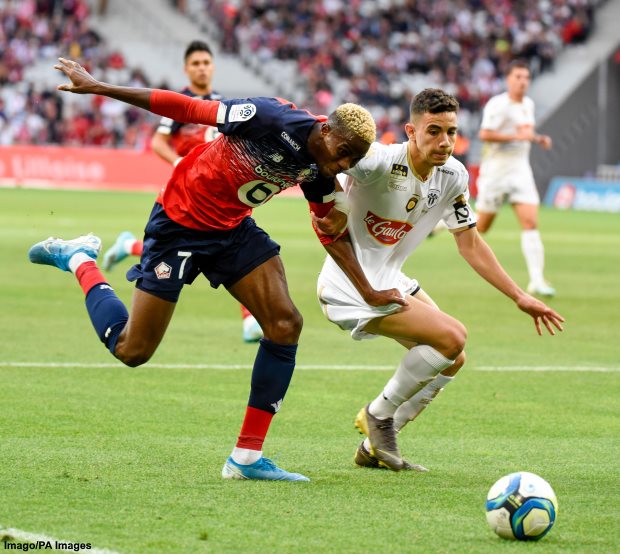 Both Manchester clubs have made their offers to the player and verbal bids were also placed with Angers, who are prepared to let him go.

Angers are expecting a large fee from his departure and, according to French sports daily L’Equipe, the club are hoping to sell him for a figure of €30m.

With Manchester City and Manchester United in the race, Angers believe that they will be able to hit that price for Ait-Nouri this summer.

Several other big names in Europe, such as Atletico Madrid, Paris Saint-Germain and Monaco, are also keen on the player.

And apart from the Manchester clubs in England, Crystal Palace, Wolves and Leicester are also interested in the teenage left-back.

Angers sold Jeff Reine-Adelaide to Lyon last summer for a fee of around €27m, which is the current club record departure.