Everton Gain Edge In Race To Sign Serie A Centre-Back

Maksimovic has entered the final year of his contract at Napoli and the club are prepared to sell him in order to avoid losing him on a free transfer next year.

The Serbian defender has suitors in Italy with Fiorentina and Roma interested in snapping him up this summer. 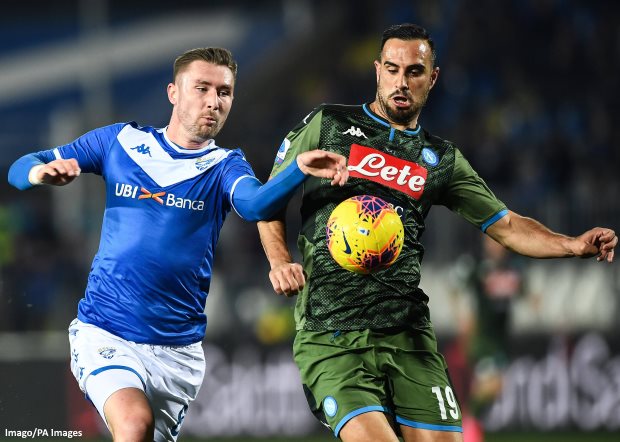 However, he could be on his way to England instead as Carlo Ancelotti's Everton are keen to sign him as part of their plans to rebuild their squad.

And according to Italian broadcater Rai Sport's Ciro Venerato on Radio Kiss Kiss Napoli, the Toffees are the favourites to secure a deal to take Maksimovic to Goodison Park ahead of the new season.

Ancelotti wants to reinforce his defence this summer and did work with Maksimovic when he was the coach at Napoli.

The Italian is aware of the Serbian’s defensive qualities and appears to believe he could add experience and presence to his backline next season.

Napoli are willing to let him go and are prepared to accept offers to the tune of €15m for the defender.

Maksimovic made 22 league appearances for the Serie A giants last season.