Hamburg are in talks with Stephan Ambrosius, who is wanted by Leeds United, over a new contract to secure his future.

Defender Ambrosius has caught the eye with his performances and potential at Hamburg and is now a wanted man.

Leeds have been in touch with Hamburg to register their interest in landing the 21-year-old, but the German heavyweights appear to be planning for the future with the defender. 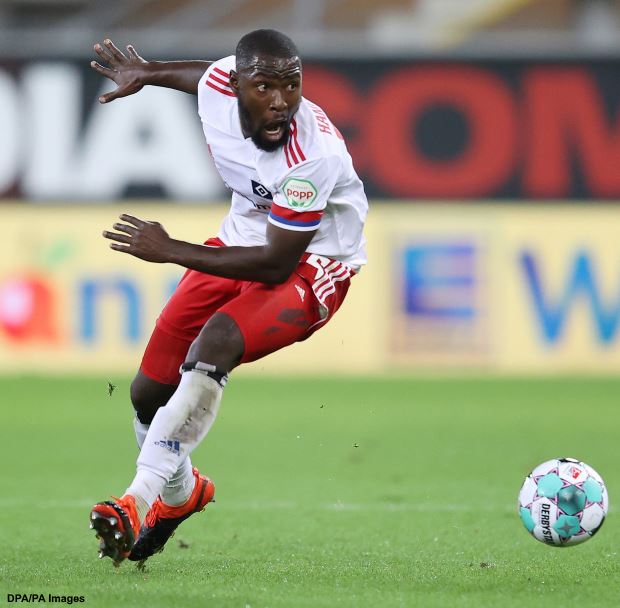 Hamburg are holding talks with Ambrosius over extending his contract at the club, according to German daily Bild.

They have already submitted a first offer to Ambrosius which would see him under lock and key at the club until 2024.

He has so far made two appearances for Hamburg this season, featuring for the full 90 minutes in 2.Bundesliga games against Fortuna Dusseldorf and Paderborn, two games his side won.

Ambrosius has now made a total of five senior appearances for Hamburg.

The defender is eligible to represent both Germany and Ghana on the international stage.