Bundesliga Switch For Liverpool Star Rated As Unlikely Despite Link

Liverpool centre-back Nathaniel Phillips is highly unlikely to return to VfB Stuttgart on another loan deal during the January transfer window, it has been claimed in Germany.

Phillips spent last season on loan at Stuttgart in two separate spells and was in line to depart Anfield once again in the recent transfer window, however a move away fell through.

The 23-year-old remained on the books at Liverpool beyond the transfer window and was handed his Premier League debut by boss Jurgen Klopp last month in the Reds’ 2-1 win over West Ham United in the Premier League. 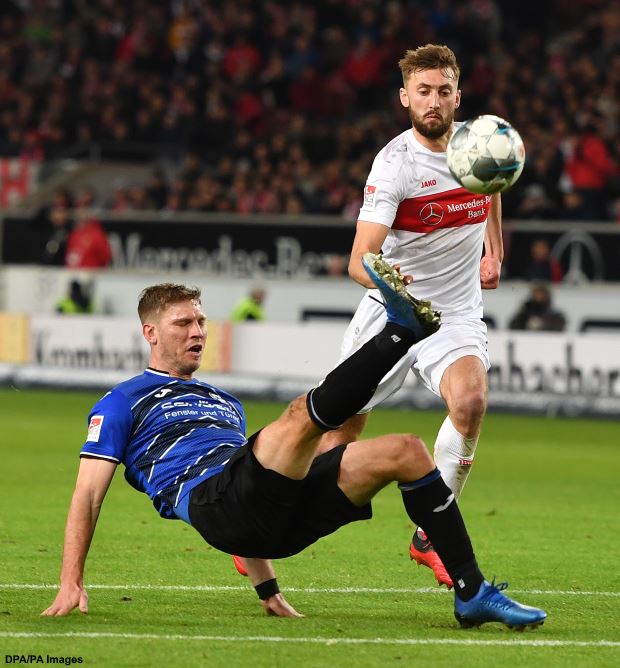 Phillips impressed in Germany during his season-long stay and Stuttgart have been floated as contenders to sign the defender again when the window opens again in January.

But according to German daily Bild, the defender returning to the Mercedes-Benz Arena in the upcoming transfer window is highly unlikely.

Phillips helped the Bundesliga outfit secure promotion back to the top flight during the 2019/20 campaign, but it appears the centre-back’s immediate future lies at Liverpool.

Virgin van Dijk and Joe Gomez are currently sidelined with long-term injuries and Phillips, who partnered Gomez in the absence of Joel Matip in the Reds’ league clash against the Hammers, is now tipped to play an even bigger role in Klopp’s backline for the remainder of the season.

Liverpool are claimed to have no plans to spend money to sign another centre-back in January despite being plunged into an injury crisis.