Everton boss Carlo Ancelotti has set his eyes on Roma centre-back Gianluca Mancini as potential signing in the summer, it has been claimed in Italy.

The Toffees boss only added striker Joshua King to his squad in the recently concluded winter transfer window as he continues his quest to lead his team to a European spot in the current Premier League campaign.

Ancelotti is aiming at further bolstering his squad in the next window, preferably with European competition also on the calendar to play for next season. 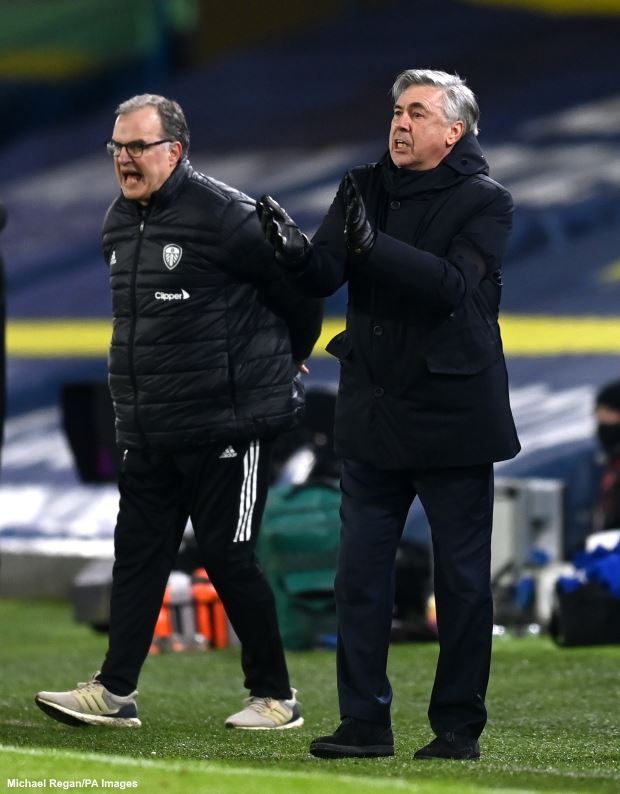 And according to Italian daily Leggo, Ancelotti is already picking out players that could be added to Everton in the summer and has zeroed in on Roma centre-back Mancini.

The Toffees boss is keeping a close eye on the 24-year-old as a potential recruit ahead of the next campaign.

Mancini is a fixture in Paulo Fonseca’s side so far this season, having registered 19 starts in Serie A.

The centre-back arrived at the Stadio Olimpico in September 2020 from Roma’s rival top flight outfit Atalanta and has a deal in Rome that runs through until the summer of 2024.

He has also attracted interest from Inter.

It remains to be seen whether Everton will act upon their interest and make any concrete moves for Mancini come the summer.