Barcelona have tried to convince the entourage of Manchester City and Chelsea target Erling Haaland that they will have the funds required to sign him in the summer.

Mino Raiola and the striker’s father met Barcelona president Joan Laporta and director of football Mateu Alemany on Thursday to discuss the future for the Borussia Dortmund man.

Laporta was recently elected as the president of Barcelona and he wants to make a statement signing in the summer transfer window. 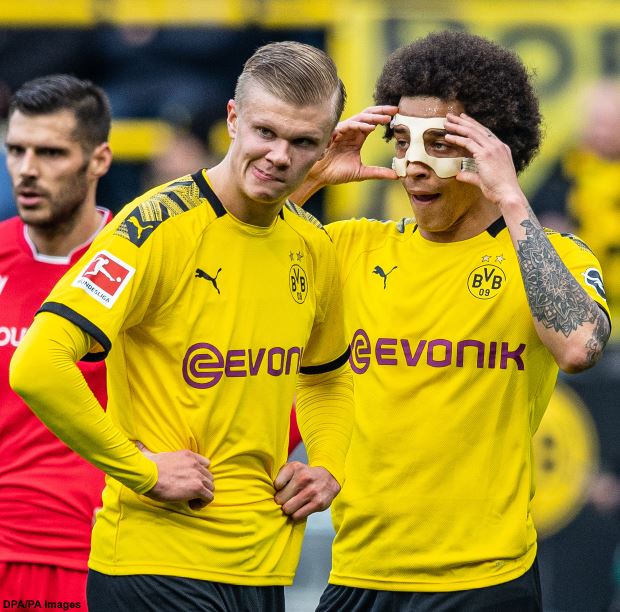 But Barcelona are also dealing with several financial problems at the moment and many expected them to focus on selling players and reducing their wage bill.

However, according to Spanish daily Marca, Laporta and Alemany told Raiola and Haaland’s father that they will have the required resources to sign the Norwegian.

Barcelona have assured the striker’s entourage that Haaland will get a big contract if he decides to move to the club.

The Catalan giants are also aware that they are set to face severe competition for a striker wanted by several major clubs.

Super-rich Manchester City are key suitors of Haaland and are claimed to see him as Sergio Aguero’s successor.

Haaland’s entourage also held talks with Real Madrid during their trip to Spain on Thursday.

They are set to hold talks with more clubs keen on the striker, a list that includes Chelsea, Manchester City and Manchester United.