Dust Ourselves Off For Manchester United Clash – Harry Kane

Tottenham Hotspur striker Harry Kane has insisted Spurs must dust themselves off and bounce back against Manchester United after being held to a 2-2 draw against against Newcastle United.

Despite scoring a quickfire double after Joelinton’s opener, Kane had to watch his defence concede a late equaliser against Newcastle as the Magpies held Tottenham to a 2-2 draw at St James Park.

The result is a frustrating one for Spurs considering their top four hopes as they were unable to totally capitalise on Chelsea’s 5-2 defeat at the hands of West Bromwich Albion, while Liverpool drew level on points with the north Londoners in fifth place after their 3-0 victory at the Emirates. 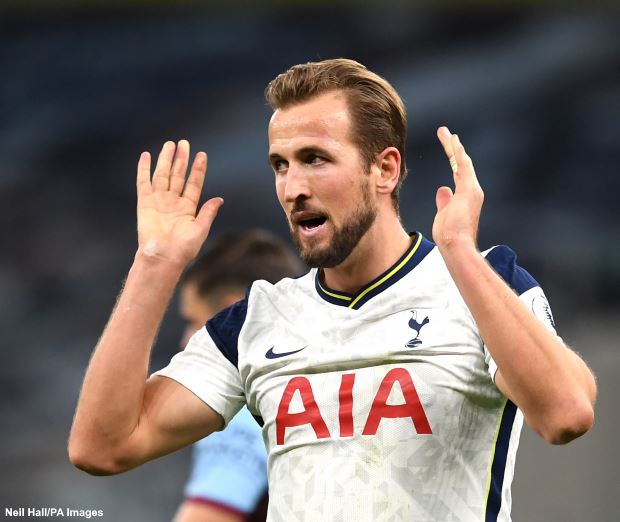 The England skipper expressed his frustration after the result as he stated that despite creating many opportunities, Spurs lacked the edge when it came to the final touch.

The 27-year-old went on to urge his Spurs team-mates to dust themselves off and put on a better showing when they welcome second placed Manchester United to the Tottenham Hotspur Stadium next weekend.

“We had some good chances, maybe the final ball or the final pass, the final touch wasn’t quite there and 2-1 is always a risky scoreline… one cross, a couple of deflections and they got a goal, and it’s always hard to respond with four, five minutes to go”, Kane told Tottenham’s official site.

“Those are the fine margins.

“Look, we need to play better, it’s disappointing, but we have to dust ourselves off and go again next week.”

Kane will look to inspire Spurs to another win against the Red Devils when the two teams clash next weekend after scoring a double in Tottenham’s 6-1 victory over Manchester United back in October.