Former Everton scout Carlo Jacomuzzi has revealed he would definitely recommend Napoli shot-stopper Alex Meret to the Toffees, who have been linked with holding an interest in him.

Meret has shared duties between the sticks at Napoli with veteran shot-stopper David Ospina, with the 24-year-old registering 13 starts in Serie A so far this season.

The Italian is rated highly at his current club and it has been claimed that Premier League outfit Everton could have an interest in the player. 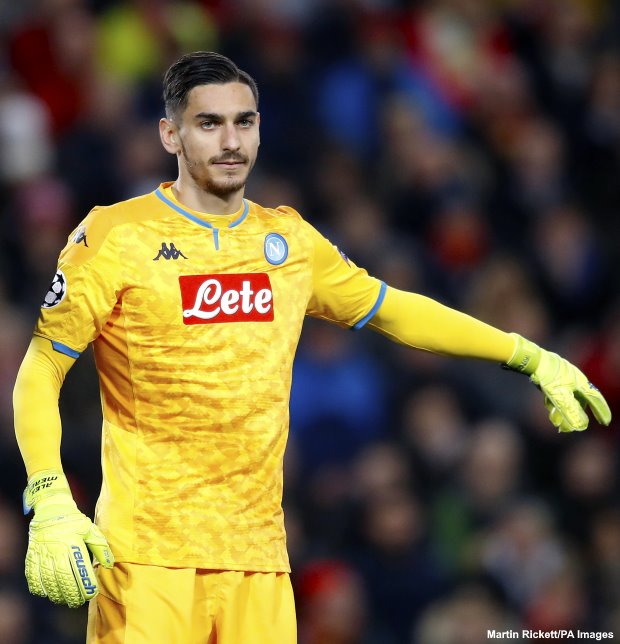 The 71-year-old revealed that he would definitely recommend Meret to the Toffees, where the goalkeeping position is currently under the scanner with Robin Olsen, on loan from Roma, is deputising for Jordan Pickford and a young Joao Virginia being the third option.

Jacomuzzi is of the view that Meret has a lot of potential to grow into a top player, but stressed he needs to play more regularly.

“I would definitely recommend him [Meret] to the club [Everton], he is young and can still grow a lot”, Jacomuzzi told Italian broadcaster CalcioNapoli24 TV.

“He needs to play continuously, which has not always happened.

“He can improve further; we need to give him confidence.”

It remains to be seen whether Meret will become a solid target for Everton in the summer should they choose to go on the hunt for a new shot-stopper.