Yes, He’s Fallen Off Cliff, But He Will Regain Form – Liverpool Legend On Reds Star

Liverpool legend John Aldridge has admitted that Reds full-back Trent Alexander-Arnold’s confidence and form have dipped, but he is confident that he will return to his best soon.

Alexander-Arnold has been a topic of discussion since Gareth Southgate dropped him from the England squad for their World Cup qualifiers last month.

The 22-year-old produced a stellar performance against Arsenal last weekend but grabbed the headlines for the wrong reasons again after struggling against Real Madrid on Tuesday. 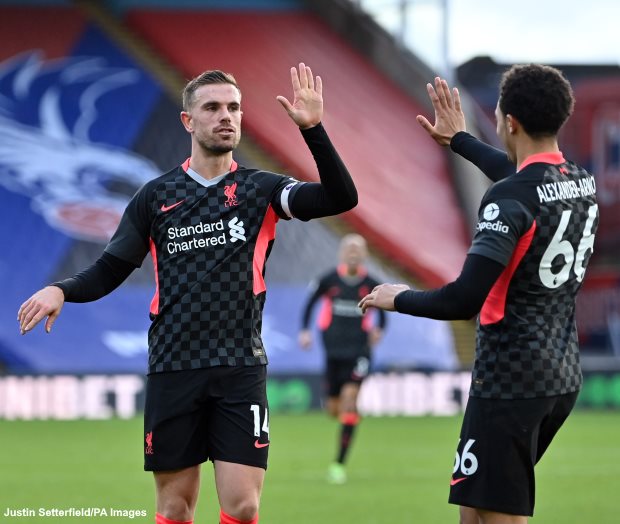 Reflecting on the full-back’s situation, Anfield great Aldridge has admitted that his confidence and form have dipped this season and insisted that Southgate’s treatment of the player did not help his cause.

However, Aldridge explained that Alexander-Arnold is one of the best attacking full-backs in the world and expressed his confidence in the Liverpool star to return to his best soon.

“Going forward, there is no better full-back in the game and the cross Trent put in for Diogo Jota’s goal at Arsenal last Saturday highlighted the quality he can bring to the team when he gets forward“, Aldridge wrote in his Sunday World column.

“The issue for a player of his age has always been gaining experience in defensive positions and learning from mistakes, which is something he needs to do quickly.

“What we don’t know is how the young man is dealing with everything flying in his direction right now.

“Gareth Southgate’s decision to drop him from his England squad last week only added to the negativity surrounding him.

“I thought Southgate’s treatment of Trent was very harsh, as this is a player who could be the best full-back on the planet for the next ten years and he was being tossed to one side the moment he hits some bad form.

“If Southgate had spoken to Trent and they had decided he could do with a rest for the international break, then it would have been a different story.

“Instead, the England manager came out and said he had been dropped and it gave the media a chance to pile in on Alexander-Arnold.

“I’m convinced this lad will get back to his best.

“Like so many players in Klopp’s team, he has fallen off a cliff in terms of confidence and form over the last year.“

Having produced a disappointing performance in Spain on Tuesday, Alexander-Arnold will be looking to bounce back when Liverpool host Aston Villa this weekend.