Everton and West Ham target Hee-chan Hwang has explained that a decision regarding his future will be made after holding talks with RB Leipzig and incoming boss Jesse Marsch in the summer and pointed out that his relationship with Marsch will help in making a final choice.

The 25-year-old has been linked with a move away from RB Leipzig just a season after his arrival from Red Bull Salzburg, with Everton and West Ham said to be interested.

However, the arrival of Marsch, under whom he enjoyed success at Red Bull Salzburg, at RB Leipzig, in the summer could change things for the centre-forward. 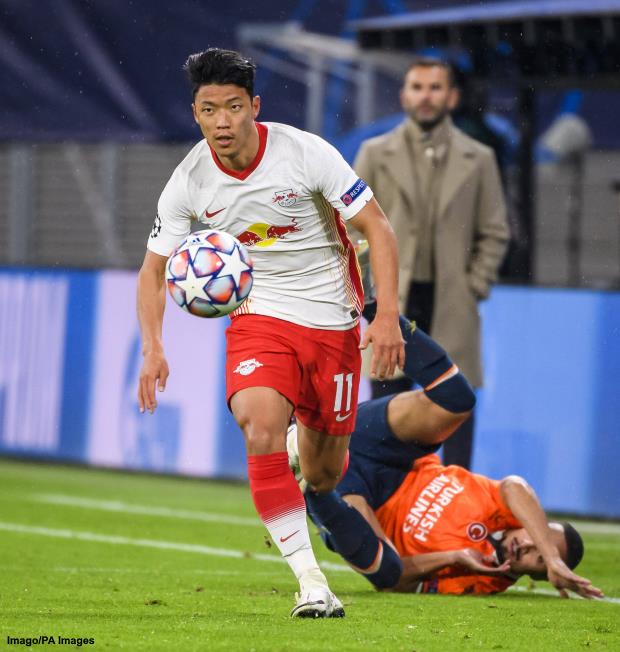 Hwang has been tipped to stay at RB Leipzig after Marsch’s arrival, but the South Korea international has revealed that a decision will be made after talking with the club and the coach.

Hwang, who has scored just three goals for RB Leipzig this season, is positive that the fact that Marsch knows him well will help in making a final decision.

“In the summer, we will definitely talk to each other, the club, our new coach and I“, Hwang told German magazine Kicker.

“The fact that Jesse Marsch already knows me very well is certainly not a disadvantage.“

Hwang pointed out how he enjoyed success under Marsch at Red Bull Salzburg, but is waiting to see what the American’s plans for him are.

“He’s clever and has a lot of energy, we worked really well together last season“, the striker added.

“We’ll see how he and the leadership plan.“

Marsch deciding to keep Hwang at RB Leipzig could serve a blow to Everton and West Ham, who are hopeful of taking the striker to England.