Liverpool are leading the chase to land Manchester United and Manchester City target Raphinha, but Leeds United are keen to keep him at Elland Road next season, it has been claimed in Italy.

Raphinha made a big impact in the Premier League after he joined Leeds last summer and had a brilliant first season in English football.

Even before the season ended, there were rumblings that some of the big boys in the Premier League had taken note of the Brazilian’s performances in Yorkshire. 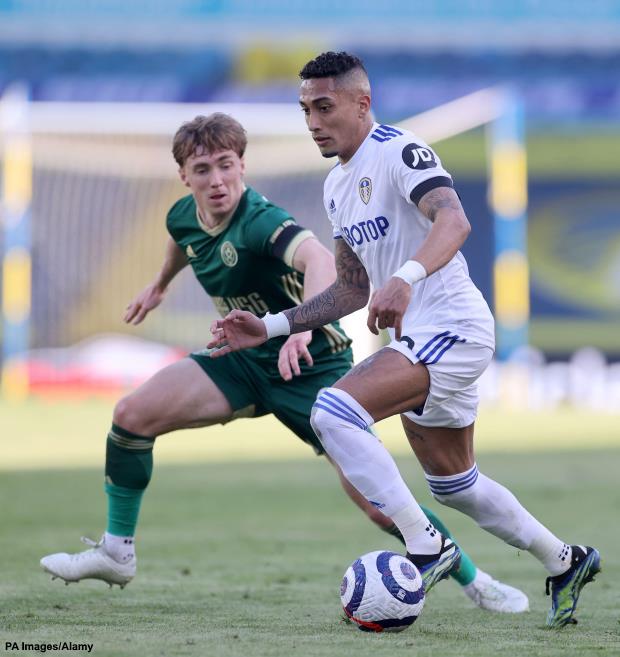 Manchester United and Manchester City have been keeping tabs on and it has been claimed that Liverpool are also exploring taking him to Anfield this summer.

And according to Italian broadcaster Sportitalia, the Reds indeed have the edge in the chase to land the Leeds winger.

Jurgen Klopp is a big fan of the winger and wants to add his creative qualities to his squad this summer.

But Liverpool are facing stiff competition from Manchester United and Manchester City, who are also keen to snare him away from Leeds.

Leeds are clear about keeping Raphinha at Elland Road and are expected to fight tooth and nail to hold on to the player.

However, it remains to be seen if Raphinha’s head might be turned by the chance to join a Champions League club.