Cenk Tosun is continuing negotiations to terminate his contract at Everton, but wants his remaining year’s salary paid in full, with Besiktas keen on him, it has been claimed in Turkey.

The striker struggled for game time in the first half of last term under then Toffees boss Carlo Ancelotti and was sent out on a six-month loan spell to his former club Besiktas.

Tosun’s return to Besiktas did not go as planned with injuries playing spoilsport, but he is still highly rated at the club. 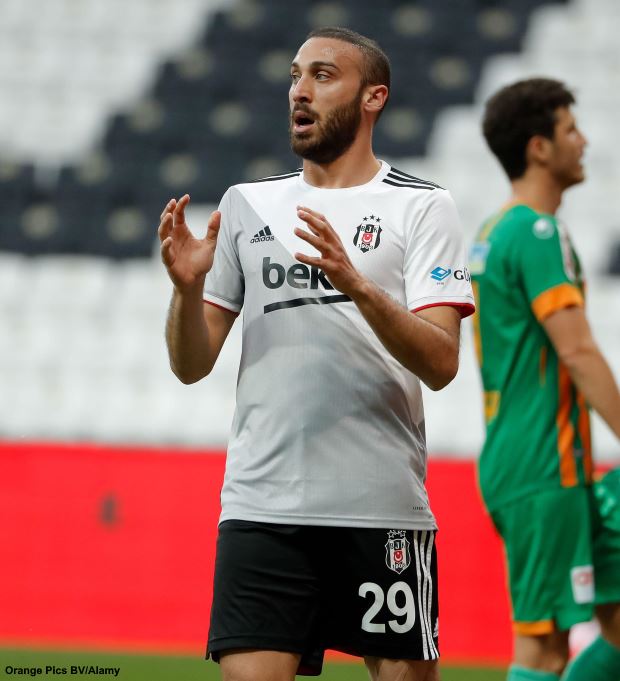 The Turkish giants wants Tosun back in their ranks and Everton are open to letting him leave on a free transfer, with the player currently negotiating the termination of his contract, which expires next summer.

But according to Turkish daily Fotomac, Tosun will only agree to leave Goodison Park if Everton pay his remaining year’s salary in full.

Besiktas’ hierarchy have already promised the striker a deal which would see him earn €1.5m, including bonus payments, in annual wages, provided he joins after sorting out his contractual situation at Everton.

Tosun has been on the books at Goodison Park since January 2018 but was shipped off on six-month loan spells in last two seasons to Crystal Palace and Besiktas, respectively.

And the striker, who is currently recovering from injury, could find himself playing for another club next season on a permanent basis with Besiktas keen on him.