Barcelona are aware that Tottenham Hotspur and West Ham United linked Martin Braithwaite has a market in the Premier League and are convinced they can sell him.

The Blaugrana are facing severe financial constraints and have failed to retain the services of Lionel Messi, who has now joined Paris Saint-Germain on a free transfer.

Even following the Argentinean’s departure, Barcelona need to sell players to balance their books and Braithwaite is a top candidate to leave the club this summer. 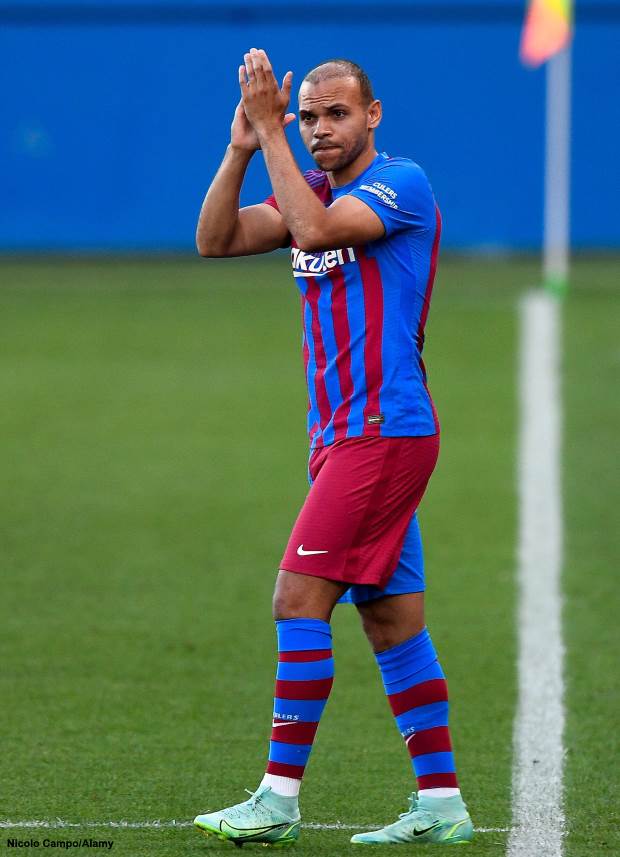 The Denmark international has been linked with a move to the Premier League this summer, with Tottenham and West Ham said to be interested in him.

And according to Spanish daily Mundo Deportivo, Barcelona are aware that the 30-year-old forward has a market in the Premier League this summer.

With the Premier League a potential destination for Braithwaite, the Camp Nou outfit are convinced that they will be able to sell him before the transfer window slams shut.

West Ham have identified the former Middlesbrough striker as a potential target and are said to have already made an offer to take him to the London Stadium.

Braithwaite, though, is claimed to be waiting to see if he will receive a proposal from Tottenham, who have identified the Dane as a potential candidate to bolster their frontline.