West Ham United have named their team and substitutes for this evening’s clash against Manchester United in the EFL Cup at Old Trafford.

David Moyes saw his side take on Manchester United on home turf in the Premier League last weekend and slip to a 2-1 defeat. 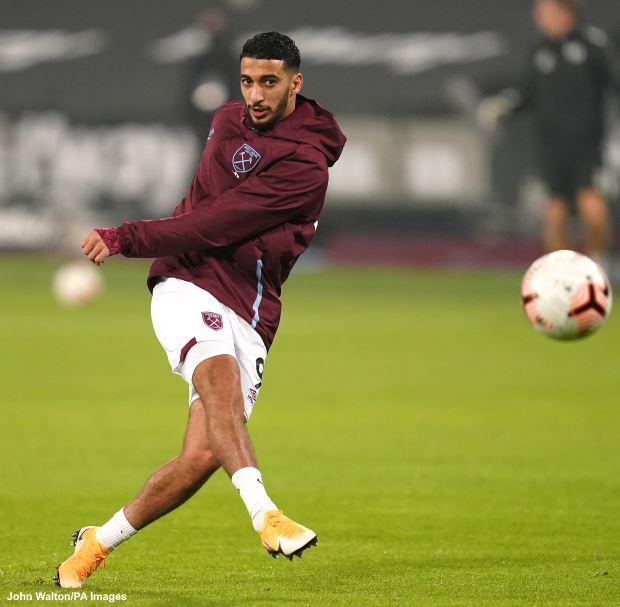 He will be looking to turn the tables on the Red Devils tonight, but West Ham have not won away at Old Trafford since 2007, when Carlos Tevez sealed a 1-0 win.

For tonight’s game, Moyes picks Alphonse Areola between the sticks, while at the back Ryan Fredericks, Ben Johnson, Issa Diop, Craig Dawson and Arthur Masuaku play.

Further up the pitch Moyes goes with Alex Kral and Mark Noble in midfield, while Manuel Lanzini and Andriy Yarmolenko support Jarrod Bowen.

The West Ham boss has options on the bench if needed and could turn towards Said Benrahma and Nikola Vlasic.