Some Charlton Athletic fans have breathed a sigh of relief that Nigel Adkins has departed the Valley, although some supporters are also remorseful that things have not worked out with him at the helm.

The Addicks are a club with promotion hopes and made an overhaul of the squad in the summer in the hopes of getting out of the third tier, but under Adkins their results have been dire.

Instead of the top end, the Addicks are languishing towards the bottom, currently in the relegation zone after picking up just two wins in their opening 13 matches. 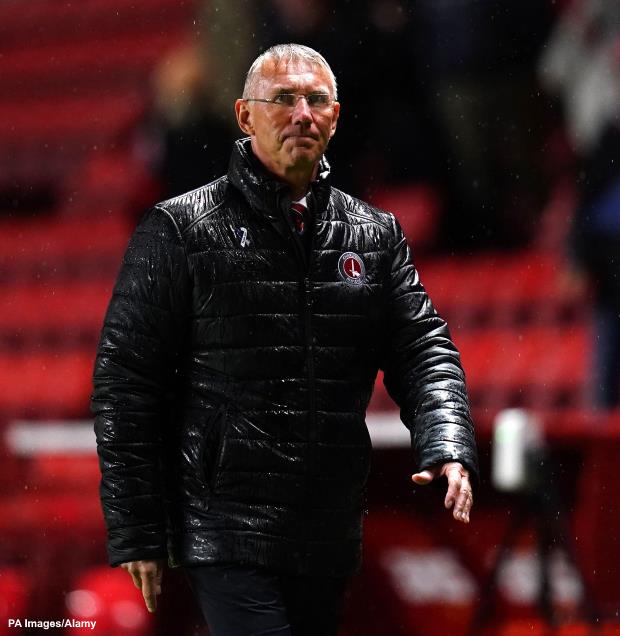 Fans have taken to social media to react to his departure, and both Wisey and Jay are grateful that Adkins has been shown the door and they no longer have to endure his stewardship at the Valley.

Lewis thinks the Adkins’ departure was a long time coming as change was definitely needed at the Valley after a string of poor results.

Marcus wishes Adkins all the best but is mindful that the Addicks just did not suit the veteran manager.

Marion is regretful that Adkins’ time at the Valley was not more successful but thinks him leaving the club is the right thing to happen.

Dan however feels that something happened over the summer which led to Adkins starting poorly this term and is not sure one man will be able to fix it.

Thank the Lord. Adkins has been given the elbow #cafc

At long last🙏shame it didn’t work out though with Adkins but change was definitely needed. #cafc https://t.co/AQKZjQxqgu

Can only wish Nigel Adkins all the best , seemed like a good guy but it just hasn’t worked out. #cafc

Feel sad that it didn’t work out for Adkins. Seems a lovely, genuine person. But it wasn’t right. #cafc

Let’s be clear: at the end of last season we were on league-winning form. After pre season, we’ve been relegation form.

Adkins was never a bad manager, something OCCURRED over the summer, and I’m not sure sacking one man will fix it.

This must be the first change of many. #cafc https://t.co/xcL3tkk6My