Newcastle United have joined the queue of clubs who are interested in signing Bayer Leverkusen talent Florian Wirtz, who is also on the radar of Manchester United, Manchester City, Liverpool, Chelsea and Tottenham.

The 18-year-old attacking midfielder has been attracting the prying eyes of scouts across Europe with his performances for one of the giants of the Bundesliga in Leverkusen.

He has already scored six times in eleven appearances this season and his list of admirers have only been growing with each passing week. 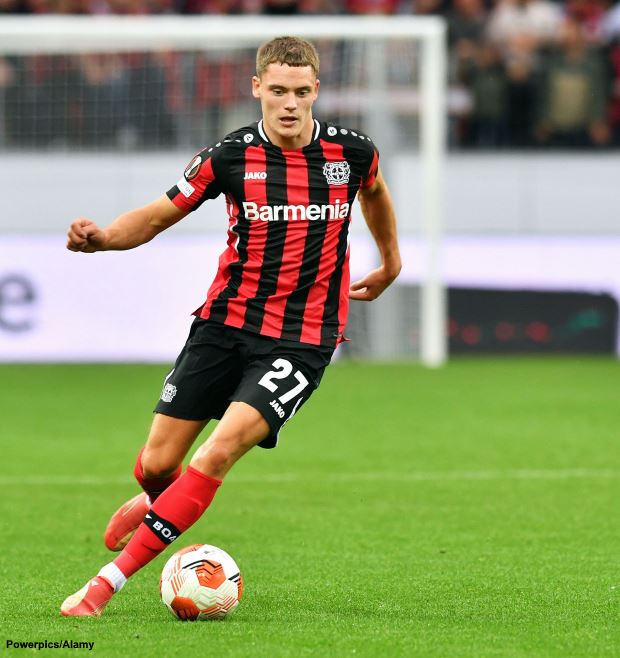 Almost all the Premier League giants in Manchester United, Manchester City, Liverpool, Chelsea and Tottenham have been keeping tabs on his progress.

And according to German magazine Sport Bild, Newcastle have now joined the race and are interested in snapping him up in the near future.

The Magpies had a scout present to watch him against 1.FC Koln at the weekend as a mark of their interest in Wirtz.

Their new rich owners are prepared to plough funds into the club and the Magpies have their eyes on one of the best young talents of Europe at the moment.

However, any move is likely to happen only next summer as Leverkusen are in no mood to lose him in January.

Atletico Madrid and Real Madrid are also interested in Wirtz and had scouts watching him in the Europa League last week.