David Moyes has dismissed suggestions that Michail Antonio’s poor form is down to the pressure of him being West Ham United’s only recognised senior striker and backed him to be amongst the goals soon.

The Hammers are yet to bring in a new striker to their squad since selling Sebastien Haller to Dutch giants Ajax in January.

Antonio is the only recognised striker in Moyes’ senior team and the hitman, after a stunning start to the current Premier League campaign, has now failed to find the back of the net in his last five league games, including in their 1-1 draw against Brighton & Hove Albion on Wednesday. 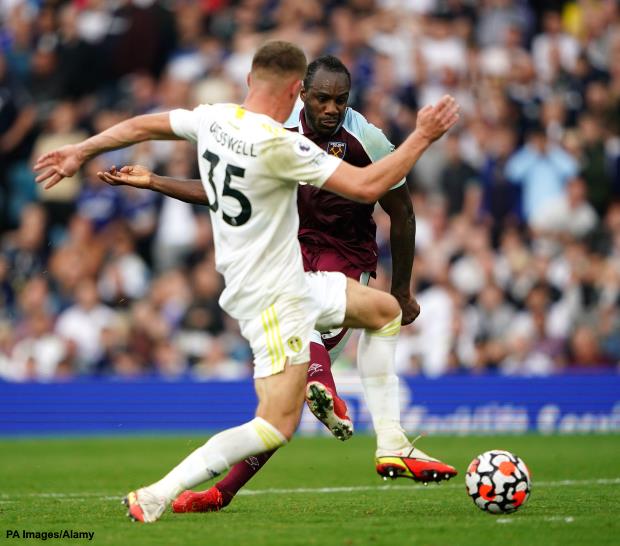 However, Moyes has shrugged off suggestions that Antonio’s recent struggles in front of goal are down to the pressure of him being the only recognised hitman at the club or because of his workload so far this season.

Moyes feels Antonio is just going through a rough patch of form, which is normal for any player, and backed him to start producing the fireworks up front soon.

Asked whether he thinks Antonio’s poor form is down to the pressure of being West Ham’s only recognised striker or because of the number of games he has played, Moyes told a press conference: “I don’t think it is either of them because I think we’ve managed his games.

“I think he has set high standards and expectations which people have seen.

“So, our hope is just like any striker that maybe he is going through periods of not scoring goals like strikers do.

“So, I’m putting it down to that at the moment and hope we are due a bundle of goals from Micky soon.

“Some of Mickey’s play tonight was much better.

“The ‘keeper makes a really good save from a header late on so there were one or two bits that were much better.”

West Ham are now winless in their last three top flight outings and will try to break that streak when they host league leaders Chelsea at the weekend.