Bundesliga club Union Berlin are confident of beating Rangers to the signature of Vitesse defender Danilho Doekhi on a free transfer this summer.

The Vitesse captain will be out of contract at the end of the season and is set to leave the Dutch outfit on a free transfer in the summer.

Rangers wanted to sign him in January, but Vitesse blocked his sale and the Glasgow giants are again keen to get their hands on him in the next transfer window as they face potential churn in their backline. 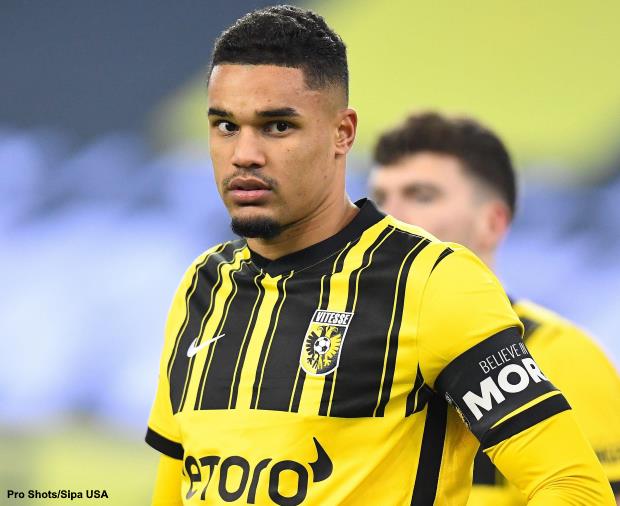 But Giovanni van Bronckhorst’s side are facing stiff competition from German club Union Berlin for his signature this time around.

And according to Dutch daily De Telegraaf, Union Berlin are increasingly confident of beating Rangers to the signing of the centre-back this summer.

The German club could qualify for European football following their game against Bochum this weekend.

They want to secure the defender’s signature soon if they can finalise European football for next season.

Doekhi could also prefer a move to Germany over Scotland, but that could change if Rangers qualify for the Champions League by winning the Europa League.