Liverpool Star Tipped For Summer Exit With Serie A Side Keen

Serie A giants Lazio are interested in a swoop for Takumi Minamino, who has been tipped to leave Liverpool in the summer.

The Japan international’s future at Anfield is under the scanner as he has been a bit-part player under Jurgen Klopp this season.

Minamino largely played in cup competitions for Liverpool this season, and so far has only a single start in the Premier League, which came on Tuesday in their 2-1 win over his former side Southampton in which he also scored. 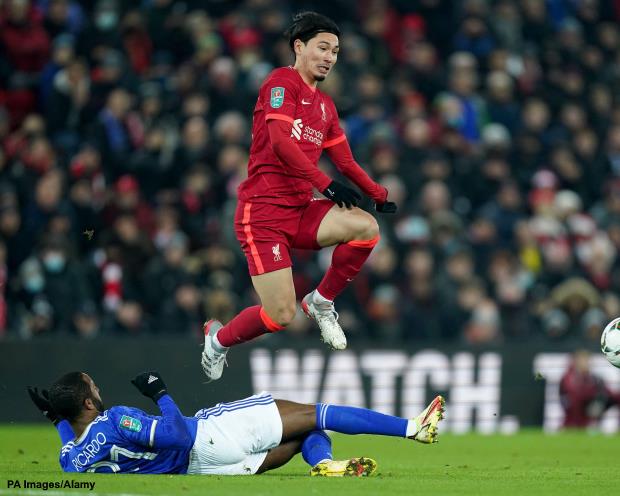 The 27-year-old has been on the books at Anfield since January 2020, but is yet to force his way into the starting eleven, while he was also sent out on a six-month loan spell last season.

And according to Italian outlet Calciomercato.com, Minamino will part ways with Liverpool in the summer, with Serie A outfit Lazio keen on him.

The Biancocelesti are looking to bolster their attacking options in the summer and have Minamino on their transfer radar.

Minamino’s current deal at Anfield runs through until the summer of 2024 and it remains to be seen what kind of fee Liverpool are going to demand for his services.

The Reds were open to listening to offers for Minamino in January and then he was valued at around £20m.