Tottenham Hotspur are ready to consider selling centre-back Davinson Sanchez if a good bid arrives, according to football.london.

Spurs are looking to strengthen across the pitch over the course of the summer transfer window and are poised to add to their defensive options with Clement Lenglet, who is joining on loan from Barcelona.

Lenglet will add to the competition in central defence, but Tottenham could shift out a centre-back in the shape of Sanchez. 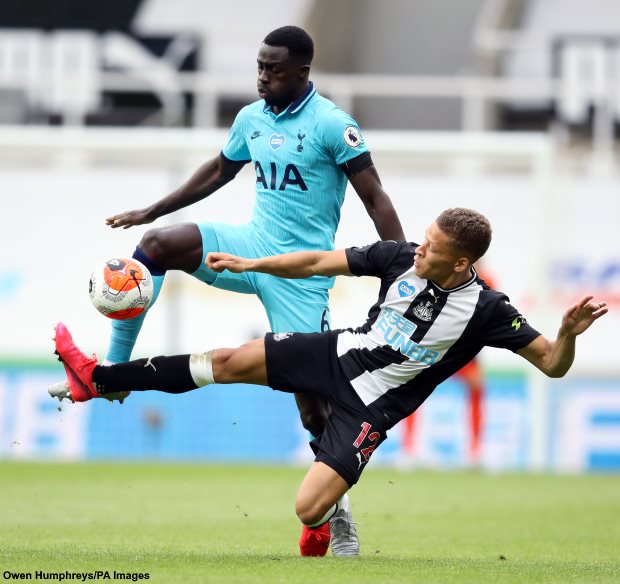 Tottenham are prepared to sell Sanchez if they are made an offer they feel offers good value for the Colombian.

Sanchez, 26, made 23 appearances in the Premier League for Tottenham over the course of last term, picking up four bookings in the process.

Conte preferred alternative options at the back, fitness and injury permitting, to Sanchez, but the player did complete the full 90 minutes in Tottenham’s final three Premier League games last term.

Selling Sanchez this summer would also avoid Tottenham heading towards a potentially tricky next summer, where he would only have a year left on his deal in north London.

The defender was taken to Tottenham in the summer of 2017 from Dutch giants Ajax, but has struggled to convince many fans.