Tottenham Hotspur might keep Bryan Gil beyond the close of the transfer window after he impressed manager Antonio Conte during training, according to Sky Sports News.

The 21-year-old has been an unused substitute in both of Tottenham’s games so far in the Premier League this season.

Gil is a target for Valencia after spending the latter half of the 2021/22 season on loan at the Mestalla and was part of the squad that lost the Copa del Rey final to Real Betis. 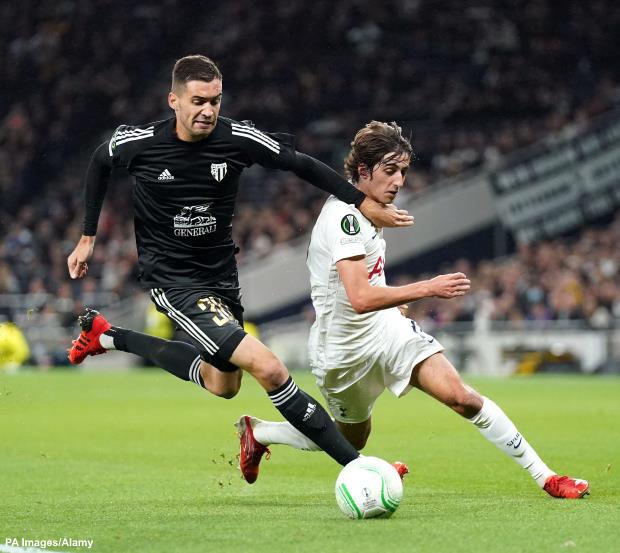 Talks between Tottenham and Los Che were held the past week as both sides try to sort out the winger’s future with only two weeks left to go in the transfer window.

After impressing Conte during training, there is now the possibility of Spurs keeping Gil past the transfer deadline this summer.

Gil made 37 appearances in all competitions during last season for both Spurs and Los Che, recording an assist each for both.

Tottenham started the season with a resounding 4-1 win over Southampton and followed that with a late draw at London rivals Chelsea.

With Tanguy Ndombele nearing a move to Napoli, Gil, Harry Winks and Sergio Reguilon were identified as surplus to requirements, but the situation could change for the Spanish winger.