Nottingham Forest are trying to negotiate a loan deal with Atletico Madrid for Renan Lodi, who wants to leave the Spanish giants for more minutes.

Lodi’s future at Atletico Madrid is under the scanner in the final week of the transfer window due to interest from the Premier League.

Premier League new boys and prolific spenders Nottingham Forest are interested in taking him to Nottinghamshire before the window closes next Thursday. 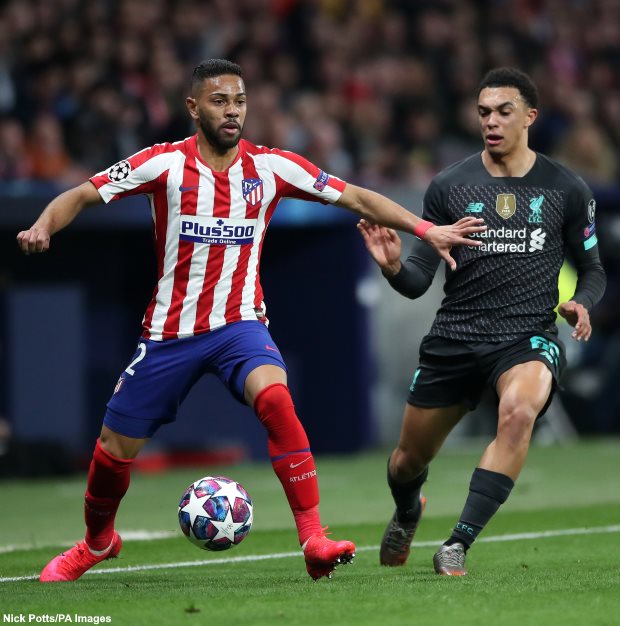 They are in talks with Atletico Madrid and are pushing to sign the wing-back on loan for the season.

And according to ESPN Brasil, Lodi would be keen on a move to the City Ground in the ongoing transfer window.

The Brazilian held talks with Atletico Madrid coach Diego Simeone over his future at the club last week.

A regular in the team last season, Lodi has been warming the bench at the start of the 2022/23 campaign.

Lodi made it clear to the Argentinian that he would be keen to leave if he is not going to get minutes at Atletico Madrid this season.

With the World Cup coming up in the winter, he wants to play regular football in order to make it to the Brazil squad.