Rangers are exploring the possibility of a swoop for Ross Barkley, who Chelsea have been looking to offload in the ongoing window, according to journalist Alan Nixon.

Having secured their spot in the Champions League this season, Gers boss Giovanni van Bronckhorst is keen to further bolster his side before Thursday’s transfer deadline.

The Dutchman wants to add to his midfield options and Rangers have funds to spend as they have qualified for the group stages of the European competition. 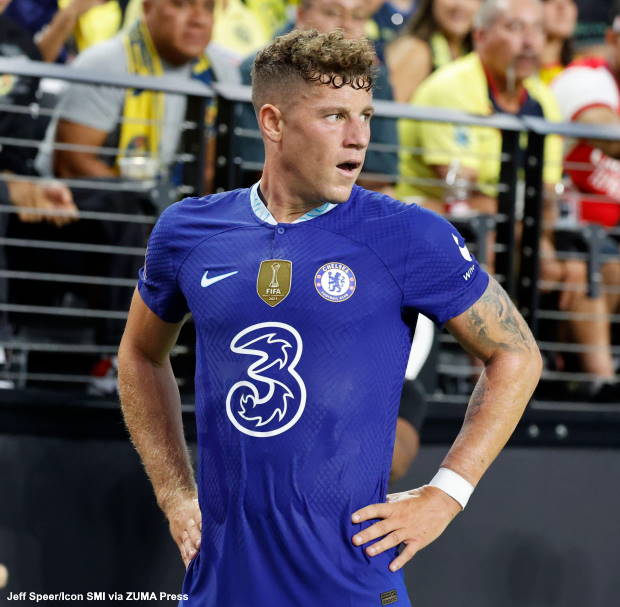 With just days left in the transfer window Rangers have identified a potential target at Premier League giants Chelsea.

The Scottish giants are interested in snapping up Blues star Barkley, who is on the fringes of Thomas Tuchel’s squad.

Chelsea are looking to move Barkley on this summer and Rangers could hand him a way out of Stamford Bridge in the coming days as they looking into the possibility of a deal for him.

If the Londoners manage to snap up Anthony Gordon from Everton they are likely to look to terminate Barkley’s deal at the club even though it would mean they have to commit to it with a huge pay off as his current pay packet is around £200,000-a-week.

It remains to be seen whether Rangers wills slap in a bid for the Chelsea outcast in the coming days.