Crystal Palace manager Patrick Vieira exuded calm at the end of the summer transfer window and has his eye on future windows, with the emphasis on continually improving the squad.

Having had a relatively low-key summer, with only the additions of Cheick Doucoure, Chris Richards, Sam Johnstone and Malcolm Ebiowei to show, the Eagles concluded their business as early as the 27th of July.

The only two other incoming transfers were made to bolster the academy squads so as to offset a number of departures on loan. 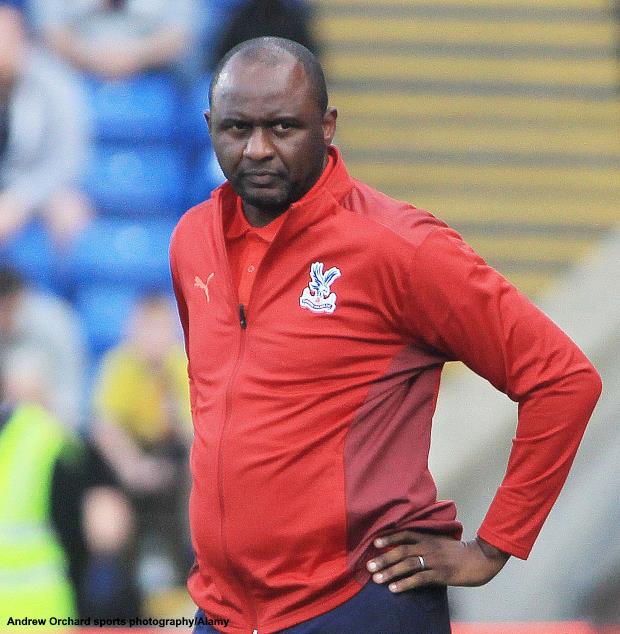 Vieira remarked that the next transfer window will open in just 13 league games’ time and advocated calm while reiterating that the Eagles would not sign anyone just to make up the numbers.

The 46-year-old tactician is happy with the group at his disposal, but admitted it can become a source of frustration seeing the amounts of money spent by other Premier League clubs.

Vieira also confessed that he believes that the Eagles can look within and still stay a competitive side.

“It [the transfer window] opens again in 13 [league] games and we’ve been clear about not bringing in players to make numbers. I said from the opening day I was happy with the group we have”, Vieira said in his pre-match press conference ahead of the trip to Tyneside to face Newcastle United.

“You identify players, discuss with clubs and see if they are prepared to let players go.

“People can get really frustrated when you see the money spent in the Premier League, but you need to understand who we are as a football club.

“We work our best, try hard to bring players because we always want to improve the squad.

“If you don’t find that player for whatever reason you have to move on… I believe we have enough in house to be competitive.”

The Eagles currently sit in 13th place in the Premier League table after five matches, in which they drew at Liverpool and came close to causing an upset at defending champions Manchester City.