Monaco have slapped in an enquiry to probe the possibility of signing Arsenal defender Shkodran Mustafi this summer.

Mustafi has struggled to make his mark at Arsenal since joining the club in 2017 from Valencia and the club are said to be keen on letting him go.

The German’s performances at the heart of Arsenal’s defence last season came in for heavy criticism and he is not one of the most popular figures of the squad amidst the Arsenal fan base.

Arsenal would likely consider selling him if they receive a good offer and it has been claimed he has been attracting interest from Ligue 1. 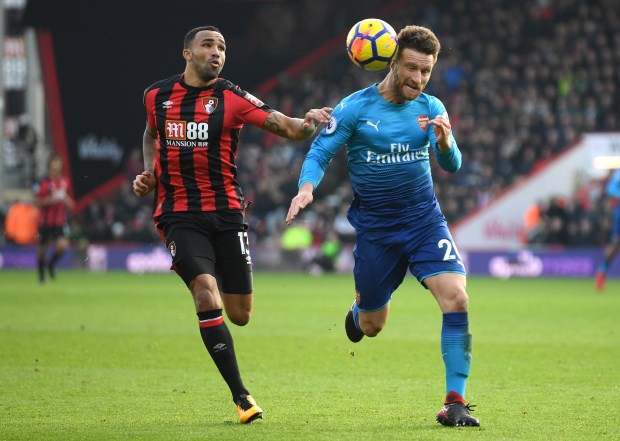 According to French sports daily L’Equipe, Mustafi has been subject of an enquiry by Monaco as the Ligue 1 giants are in the market for defenders.

Monaco have been keeping tabs on a number of options and the German has emerged as a possible target this summer.

Arsenal have put a €30m valuation on the defender and are waiting for a club to put in a concrete offer.


However, Monaco could have to hurry as Arsenal may need time to sign a replacement before next week’s Premier League transfer deadline.