The Bhoys extended their lead at the top of the Scottish Premiership table to 12 points with a 3-1 victory over Kilmarnock at Celtic Park on Sunday.

In the absence of skipper Scott Brown, who was ruled out due to injury, it was McGregor who led the team and occupied a deeper role in midfield.

While the 26-year-old was not involved in goals as he has been recently, he was named the man of the match for his performance, which was hailed as 'immaculate' by Celtic boss Lennon. 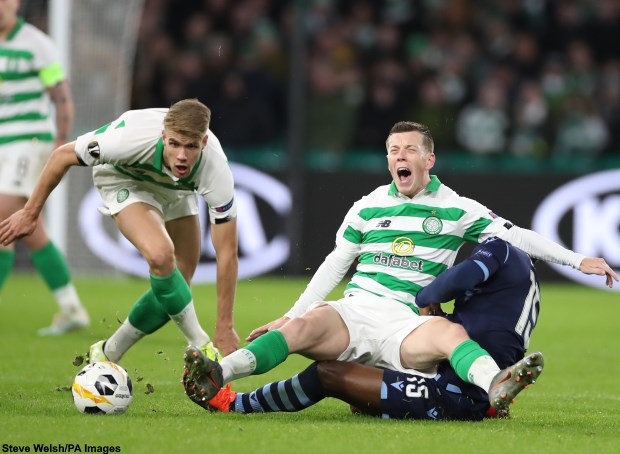 The 48-year-old, who insists McGregor is still better in an advanced role, believes the Celtic star is different class at domestic level and has tipped him to contend for the player of the year this term.

“I see him taking on the role of captain, but in that position in midfield? Maybe when he’s the other side of 30”, Lennon was quoted as saying by Celtic's official site.

“He has a lot to offer higher up the pitch. You can see how good a player he is and that’s an understatement.


"At this level he’s a different class. He’d certainly be a contender for player of the year with the way he’s playing. I thought his performance today was immaculate.”

McGregor has scored 11 goals and provided 10 assists from his 46 appearances across all competitions for Celtic so far this season.