Napoli president Aurelio De Laurentiis is convinced the club can still bring in a big fee from the departure of Everton target Kalidou Koulibaly this summer.

Koulibaly is considered by many to be one of the best centre-backs in the world, but Napoli have worked hard in recent years to make sure that he continues his career in southern Italy.

De Laurentiis has rejected offers to the tune of €100m for the Senegalese in past summers and has been keen to hold on to him for as long as possible.

It has been claimed that this summer could be the time that Napoli choose to cash in on Koulibaly, who has been linked with reuniting with former Napoli coach Carlo Ancelotti at Everton. 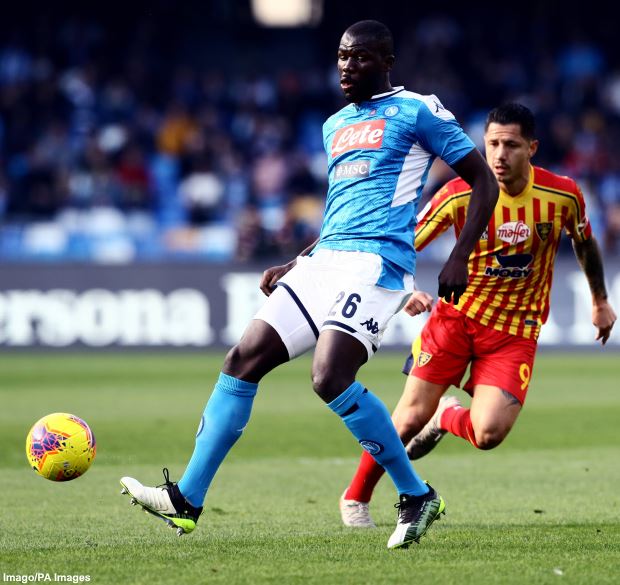 Transfer fees are expected to dip in the summer due to the impact of leagues being suspended, but according to Italian outlet TuttoNapoli, De Laurentiis is still convinced that Koulibaly can command a big fee.

Napoli are aware that they are unlikely to obtain a €100m figure for Koulibaly this summer, but they still believe that they can earn at least €80m for him.

With Manchester United and Paris Saint-Germain also interested, Napoli will hope for an auction for the Senegal international, meaning De Laurentiis thinks potentially even €90m could be reached.


Koulibaly has reportedly been clear that he will not go to war to force an exit this summer, something which will also strengthen Napoli's hand.