Arsenal midfielder Dani Ceballos has conceded that he did fear for Mikel Arteta’s future at the club following a poor defeat against Burnley earlier in the season.

Arteta has turned around Arsenal’s fortunes this season after a horrendous start to the season and they are now gradually creeping back to the right end of the league table.

The Gunners are still tenth in the league table, but have won four of their last five games in the Premier League and have looked more accomplished in recent weeks. 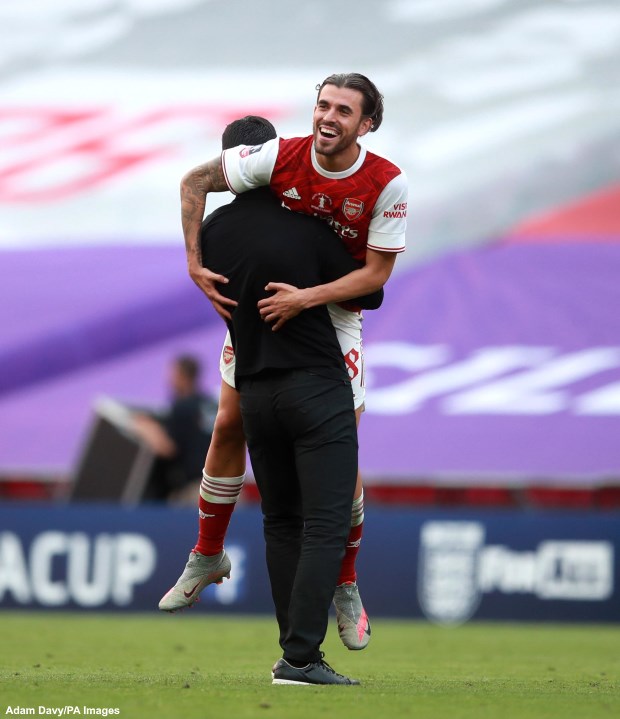 Ceballos insisted that he already experienced a manager being sacked at Arsenal when Unai Emery was dismissed and conceded that following a home defeat to Burnley he was concerned about Arteta’s future at the Emirates.

However, he feels the club have been completely behind the manager and stressed that the recent performances prove that the Spaniard is the right man for the job at Arsenal.

Ceballos told Spanish news agency EFE: “I have been here for a year-and-a-half and I have already experienced the dismissal of a coach.

“You can sense when the club really supports a coach 100 per cent.

“We had a bad defeat against Burnley in a key game and I think it was a turning point that could have put Arteta’s future in question.

“I think the club did their best they could to support him since his arrival and the team have done nothing but improve.

“Everyone who loves Arsenal must support him.

“There is no better coach for the club than Arteta.”

Arsenal will be in league action next on 26th January when they will travel to St. Mary’s take on Southampton.