The Trophy Room Blew Me Away – Rangers Star Makes Admission

Rangers new boy Jack Simpson has revealed the trophy room at Ibrox blew him away and stressed it feels special that he is with a group of players that are adding to the rich history and culture of the Gers by reaping more success.

Simpson arrived at Rangers from Championship side Bournemouth in the winter transfer widow, and is increasingly integrating into Steven Gerrard’s squad as he continues adapting to Scottish football.

The centre-back had an opportunity to take in the atmosphere of Ibrox and get a personal tour of his new home ground for the first time as a Rangers player back in February. 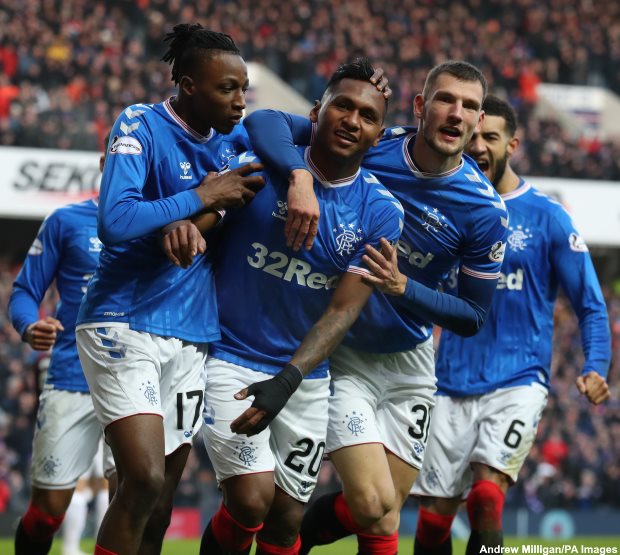 And Simpson revealed that he was blown away by the silverware laden trophy room at Ibrox, stressing he has never seen anything like that before in his football career.

The 24-year-old is of the view that Ibrox has kept the old culture and spirit of the Glasgow giants and added it is special to now belong to a group of players that are continuing to write more pages into the history of the club including their 55th Scottish Premiership title in the current campaign.

Asked how being part of a group that are continuing to make history feels, Simpson told Rangers TV: “Yes, I remember when the first time I came to the stadium, Ross Wilson showed me around and the trophy room just blew me away.

“Asked how much is in there and they said this is not everything, it was quite impressive, I have not really seen anything like that

“And just like the history of how it was not a modern stadium that has still kept the old culture and some of the old stuff in there.

“So yes, you could really feel kind of like the culture and history of the club and the fact that we have now added to that to make it 55 makes it more special.”

Rangers still have the Scottish Cup left to play for this season, along with maintaining an unbeaten record in the domestic league, and Simpson will be keen on earning as much game time as he can during the remainder of the campaign.