Tottenham Hotspur have named their starting eleven and substitutes to take on Everton at Goodison Park tonight in a Premier League clash.

Jose Mourinho sees his side sitting in seventh spot in the league table and six points adrift of fourth placed West Ham, with Spurs badly needing to string together a run of wins. 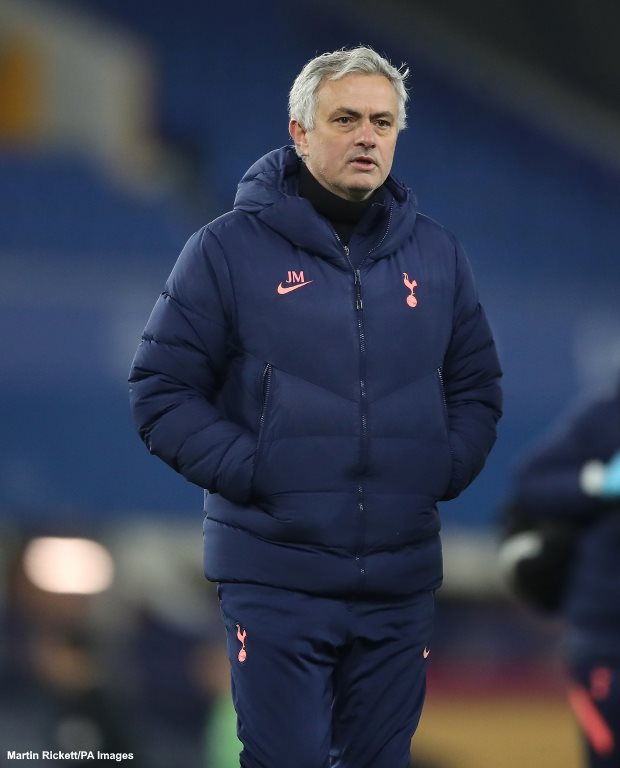 Mourinho is still without full-back pair Matt Doherty and Ben Davies, and faces an Everton side just a place and a point below his team in the league table.

Tottenham will need to perform better than they have this season so far if they take the lead as they have dropped 18 points from winning positions.

Mourinho has Hugo Lloris in goal for Spurs, while Serge Aurier and Sergio Reguilon slot in as full-backs. In central defence, Spurs play Toby Alderweireld, Joe Rodon and Eric Dier.

The Tottenham boss has options on the bench tonight if changes are needed, including Gareth Bale and Lucas Moura.