Rangers legend Mark Hateley is of the view that Gers winger Ryan Kent could provide Leeds United with what they are missing on the pitch, and expressed his belief the Whites will try for at third time to snap him up summer.

Leeds tabled an offer to Rangers last summer for Kent having held an interest in him before he left Liverpool to join the Glasgow giants in September 2019 on a permanent basis.

The winger has been in fine form this season with 12 goals and 14 assists in 50 outings across all competitions for Rangers so far this season, earning plaudits for his creativity, pace and dribbling ability. 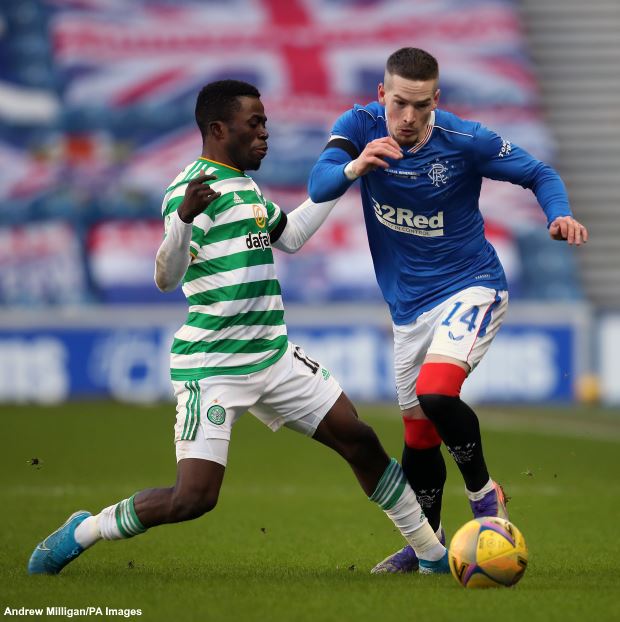 Rangers legend Hateley is unsure about Kent’s long-term future at Ibrox as he believes English top flight side Leeds will come knocking at the door for him again in the summer as he is a perfect addition to their team with his skillset on the pitch.

Asked whether he is optimistic Rangers can keep Kent beyond the current campaign, Hateley said on Ten10 podcasts: “Listen Leeds have got him on their radar right, they have [came] twice for him.

“They are going to be [hopeful to be] third time lucky.

“They have done well down in the English Premier League.

“They know what they need, they need somebody that can open something up in the blink of an eye, Kent is the boy that can do that.”

Hateley added that he does not feel Leeds will be deterred even if Kent costs them above the £20m mark as he promises quality on the pitch.

“Listen you pay £20m to stick somebody on the bench down in the English Premier League, that is the way it is.

“Kent has got this ability to turn a game in the blink of an eye.”

Whites boss Marcelo Bielsa and the club’s director of football Victor Orta both rate Kent highly and it remains to be seen whether they will rekindle their interest in him when the transfer window swings open in the summer.