Tottenham Hotspur linked coach Oliver Glasner has remained coy over his future and insisted that he will discuss his future with Wolfsburg at an appropriate time.

The 46-year-old is one of the names who is believed to be on the shortlist of managers Tottenham are considering at the moment.

The Austrian has so far refused to say anything on his future amidst speculation that he is poised to move on and take on another managerial job. 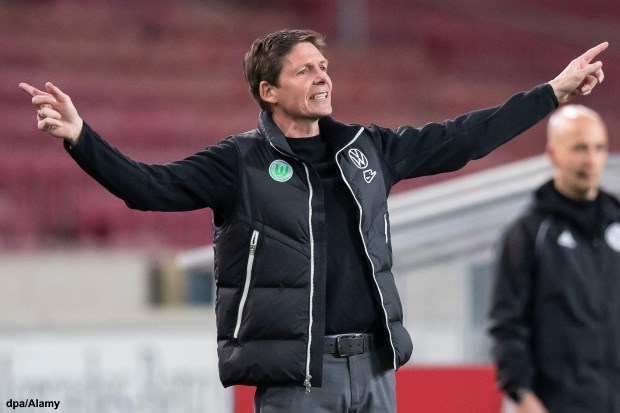 Glasner further enhanced his reputation this weekend when Wolfsburg managed to confirm qualification for next season’s Champions League.

He was quizzed about his future after the 2-2 draw at RB Leipzig, but he insisted that for the moment he is in no mood to discuss it.

The Austrian is keen to celebrate with his players and will hold talks with Wolfsburg over his future when the time comes.

Glasner was quoted as saying by German outlet Fussball Transfers: “Today I have absolutely no interest [in] discussing my personal situation.

“[We will celebrate our Champions League qualification] and then we will have enough time to talk about myself.”

Glasner still has a year left on his contract with the Bundesliga club.