Leeds United midfielder Adam Forshaw has revealed that having his son watch him during the pre-season friendly against Guiseley was a special occasion for him.

Forshaw picked up an injury in the 2019/20 season and was unfit to play any of the remaining games of that campaign or the subsequent one.

The midfielder made his first appearance in a Leeds shirt in almost two years in the game against Guiseley, with the Whites supporters receiving him with a standing ovation as he came off the bench. 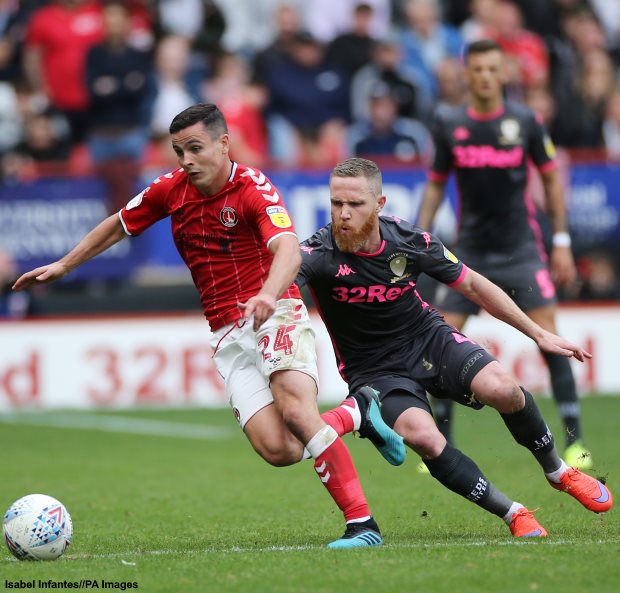 Forshaw revealed that as his son watched him play against Guiseley, it was a momentous occasion for him as he was too young to remember his father playing before his long-term injury.

The midfielder also labelled the two years he spent on the sidelines due to injury as being akin to being stuck in hell.

“My son won’t remember watching me before my two years of hell”, Forshaw was quoted as saying in a tweet by Leeds United’s official account.

“So for him to be there last night was a special moment for my family and I.”

Due to his long-term injury, Forshaw has yet to make his debut in the Premier League for Leeds and the midfielder will be hoping he gets his chance in the upcoming season now that he has recovered.