Tony Dorigo has insisted he is hugely frustrated at seeing Leeds United centre-back Diego Llorente suffering another injury setback, which is preventing him from contributing to the team on a consistent basis.

Having arrived at Elland Road last summer, Llorente’s maiden season in Yorkshire was not all smooth sailing as he missed chunks of the campaign through injuries.

After starting consecutive Premier League game for Leeds this term, Llorente suffered another injury on Sunday and had to come off the pitch in the first half in his team’s 3-0 loss at home to Liverpool. 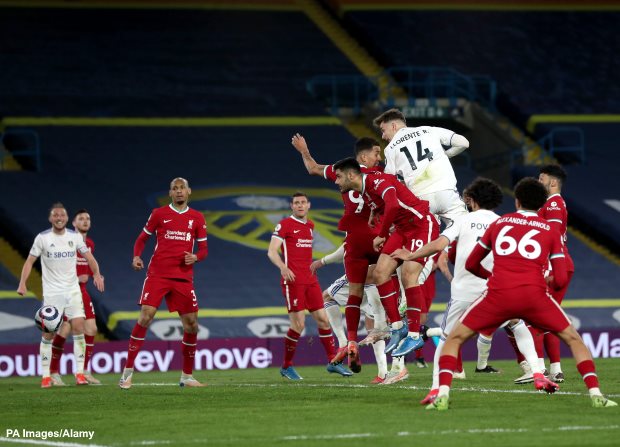 Ex-Leeds star Dorigo has admitted he is frustrated and sad seeing Llorente suffer another injury setback.

“As for Llorente, another niggle is hugely frustrating and I really do feel for him because I went through something similar towards the end of my Leeds United career as well”, Dorigo wrote in his Yorkshire Evening Post column.

Dorigo is hoping that with the top-notch medical care available to Llorente, he will be able to make a quick recovery and return to the pitch soon, as it has been difficult for him to get his Leeds career going with niggling injuries preventing him from completely contributing to the team.

“Now the medical care is top notch, I’m sure they’ll get to the root of the problem and I hope Llorente gets it cleared up.

“I think for someone like Llorente, coming to a new country, so desperate to start and help out, to be part of what’s going on, it must be difficult.

“I remember Newcastle away last season when he was devastated to be coming off so early.

“There’s a period where players have to get used to the training regime and the Premier League – Junior Firpo is in that transition as well right now – and it’s not easy.”

With Llorente sidelined with injury, Pascal Struijk suspended and Robin Koch yet to reach to full fitness, all eyes will be on who Marcelo Bielsa will play alongside Liam Copper at centre-back on Friday when Leeds take on Newcastle United in the top flight.