Leeds United have been given a boost with the news that winger Raphinha is feeling fine after he was forced off during the Whites’ 1-1 draw with Wolves.

The winger returned to the side for the Premier League clash after missing Leeds’ loss at Southampton, but instantly there were worries about him when he came off.

Crysensio Summerville replaced Raphinha in the 54th minute, but Leeds do not have to worry about the Brazilian winger spending a substantial period of time on the sidelines. 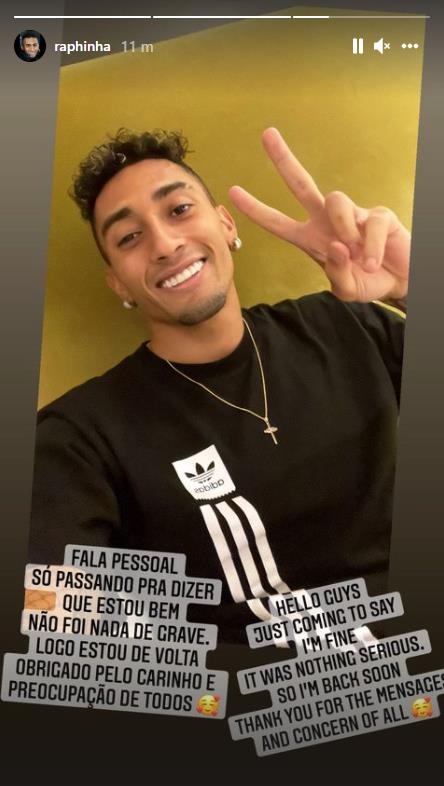 Despite what looked a bad challenge from Wolves’ Romain Saiss, Raphinha took to Instagram to reassure the Leeds faithful that he is fine.

The attacker posted a message which read: “Hello guys, just coming to say I’m fine, it was nothing serious.

“Thank you for all the messages and concern of all.”

Struggling at the wrong end of the Premier League table, Leeds will be keen to climb the standings as soon as possible.

They are next in action away at Arsenal in the EFL Cup on Tuesday night, while a trip to Norwich City in the Premier League awaits next weekend.