Arsenal star Bukayo Saka has admitted that keepingTottenham Hotspur out of the top four is the biggest motivation for the Gunners’ own hunt for Champions League football.

The two bitter north London rivals are locked in a tussle for fourth place, with the Gunners being two points ahead of Spurs.

That means that this season achieving Saint Totteringham’s Day would have the added bonus for the Gunners in consigning Spurs to Europa League football. 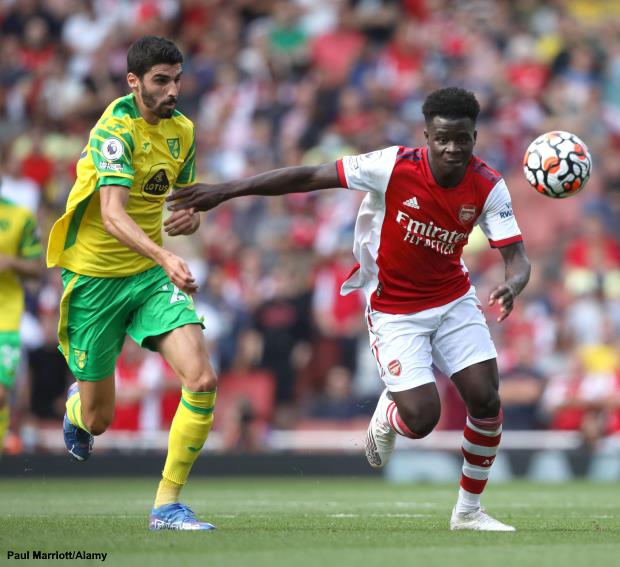 Saka insisted that nothing inspires the Gunners more in their pursuit of top four than leaving Spurs starved of Champions League football.

The Gunners star explained that it is not because they themselves lack the drive to finish in the top four, but finishing above Spurs is still an extra boost for them.

“I don’t think there could be anything that motivates us more”, Saka said to beINSPORT when asked if leaving Spurs behind in the top four race acts as motivation.

“We’re already motivated enough but we obviously don’t want to lose it to them so it gives us an extra boost.

“But we know that we have to win all the games I think to have a chance.”

A north London derby awaits next week which could have significant impact on the top four race and the fixture might have more riding on it than most recent Gunners-Spurs matches.