I Look Up To Him – Liverpool Talent Namechecks Senior Star

Young Liverpool left-back Luke Chambers has revealed that first team star Andrew Robertson is someone he looks up to.

Chambers has played not only every minute of the Liverpool Under-21s’ season in the Premier League, but has also not missed a single one in the UEFA Youth League.

The 18 year-old has also made the bench for the first team in both the Premier League and the EFL Cup this season, while he has three goals and four assists at youth level. 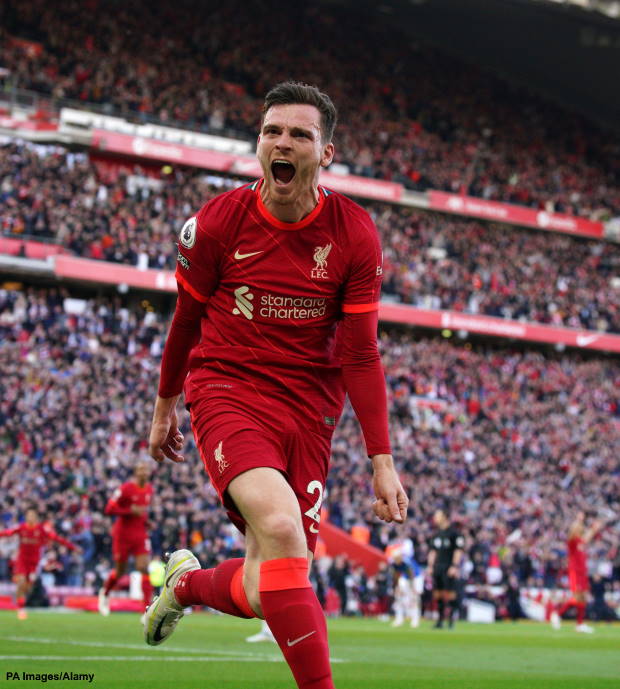 Chambers looks up to the example of Robertson, as well as fellow left-back Kostas Tsimikas, and thinks that training with the Scottish star is good for his nurturing.

Speaking to Liverpool’s official site, Chambers said: “Robbo is the one I look up to and Kostas [Tsimikas] as well, who has also been a big help to me.

“When you are up there training with someone like Robbo it doesn’t get any better than that, so I just keep learning from him, looking at what he does on the pitch and then try and put that into my game.”

Chambers naturally is a left-back but has also been used as a centre-back and the youngster does not mind it, thinking that experimenting in the centre of defence rounds his game.

“It’s really good for my game playing in different positions, but left-back is my favourite”, Chambers added.

“But I’ll play anywhere for the good of the team and playing at centre-back has certainly helped my game.”

Robertson has already won a host of trophies with Liverpool and does not appear to be anywhere near slowing down, making 16 appearances this season and providing seven assists.