Former Liverpool star Stephane Henchoz believes Xherdan Shaqiri’s success at Anfield this season is down to the fact that he has worked his socks off to get opportunities to play.

Shaqiri made a big impact at the weekend when he came on and scored a brace to help Liverpool beat arch-rivals Manchester United at Anfield.


The Swiss joined Liverpool from Stoke City in the summer and the move surprised some as there was not an obvious place for him in the Reds team when he moved to Anfield.

Henchoz admits that Shaqiri’s quality as a footballer was never in doubt, but feels he is finally bringing his best after an inconsistent time during the early phase of his career. 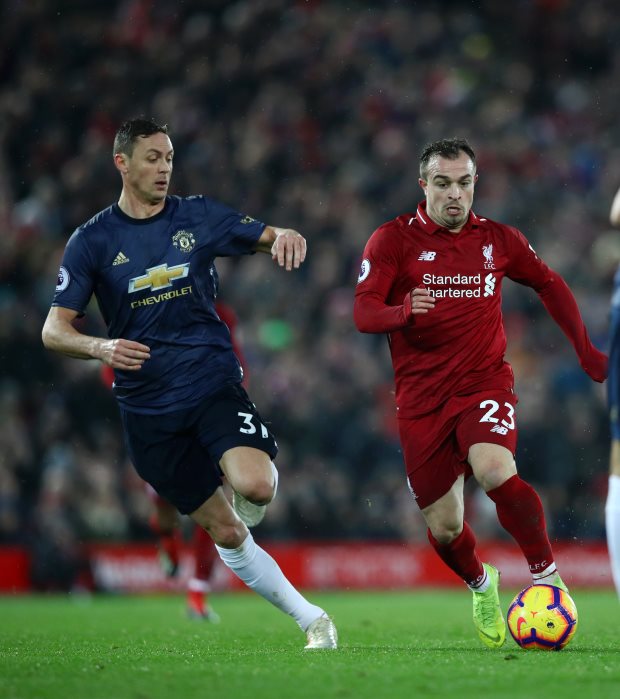 The former Red also feels that the fact that the winger has earned his place in Liverpool squad has made a difference as he finally realises what it takes to play for a big club.

He also indicated that Shaqiri has not gone into his shell at Liverpool, which was the case when he as at Bayern Munich and Inter Milan.


“I never doubted his qualities as a footballer”, the former Red told Swiss daily Blick.

“Liverpool and Jurgen Klopp did not [either] and otherwise they wouldn’t have signed him.

“Only he didn’t bring his best at the beginning as he is right now.

“By now he has finally realised that he is playing for a big club and you have to work out your place in the team.”

He continued: “The minutes he is getting right now are not handed out to him by Jurgen Klopp, he is working hard for them.

“Also in the games where he has been a substitute, he has looked decisive.

“Unlike at Bayern and Inter, where he didn’t really enforce himself, we are seeing the best of Shaq now.”