Fulham want to offload midfielder Andre-Frank Zambo Anguissa in the summer transfer window, it has been claimed.

The 23-year-old joined Fulham from Marseille last summer, as part of the Cottagers’ plan to tackle their return to the top flight for the first time since relegation in 2014.

However, Zambo Anguissa flattered to deceive at Craven Cottage in his debut season and failed to help Fulham avoid relegation after a disappointing campaign.

And following their relegation to the Championship, the west London club are poised to offload several players to balance the books ahead of the upcoming season. 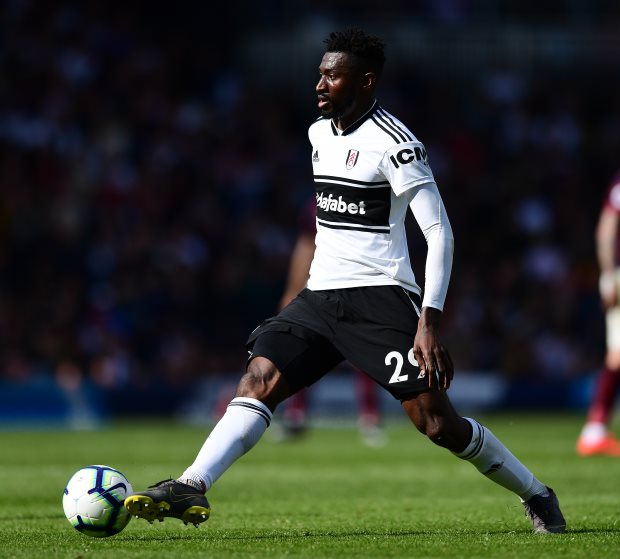 According to French outlet Foot Mercato, Fulham are prepared to cash in on Zambo Anguissa in the summer transfer window, as they prepare for a return to the second tier.

It is claimed the midfielder will not be part of the Cottagers’ plans for next season, with the club keen on parting ways with him over the coming weeks.

Despite their intention to offload Zambo Anguissa, it remains to be seen what the player thinks of a potential switch, as he signed on a four-year deal last summer.


The Cameroon international made 22 appearances in the Premier League this season.

He will represent Cameroon in the Africa Cup of Nations in Egypt this month.