Liverpool legend Mark Lawrenson has highlighted Virgil van Dijk’s sustained brilliance and believes his consistency helps everyone around him in the Reds team.

Van Dijk is having another stellar season as he and his team-mates march towards winning Liverpool’s first top-flight league title in three decades.

The Dutchman was pivotal in Liverpool winning in the Champions League last year and his consistency has been key in the Reds looking invincible in the Premier League this term.

Lawrenson conceded that Van Dijk has been so good that he is only noticed when he makes a rare mistake on the ball. 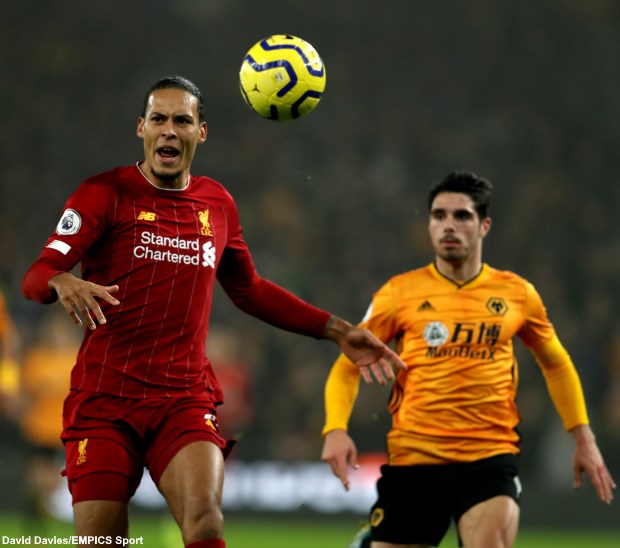 The former Liverpool star insisted that it has made no difference to Van Dijk that he has had different centre-back partners and he has made them look better due to his performance levels.

Lawrenson feels the Dutchman’s consistency not only helps his partner in defence, but everyone in the Liverpool team as he brings a sense of calmness.

“He is playing at nine-and-a-half out of ten each week and if he is not, then he is a nine”, the former Red told the Times.


“The only time anyone speaks about him is usually if he misplaces a pass which isn’t very often. But that shows the standard he sets.

“He has had three partners this season and whoever it has been, Joel Matip, Dejan Lovren or Joe Gomez, he has not allowed that to affect his performances.

“Not only that, he has also made the three players alongside him better. Actually, he helps everyone — the goalkeeper, the full-backs — because he has so much time when he plays.

“It is like when John Terry or Tony Adams were in their pomp — Virgil is playing to such a high level that it influences everyone.”

Liverpool paid a then world-record fee for a defender to sign the Dutchman from Southampton in January 2018.