Liverpool target Timo Werner is an option for Real Madrid as they plot a move for a striker in the summer, according to Madrid-based daily Marca.

Luka Jovic has flopped badly at the Santiago Bernabeu this season and Karim Benzema has not been scoring enough goals for Zinedine Zidane’s side with just 18 in 34 games.

Real Madrid are drawing up plans for the summer transfer window and bringing in a new striker is one of their top priorities ahead of the start of next season.

And Liverpool target Werner is one of the players the club are considering signing in the summer. 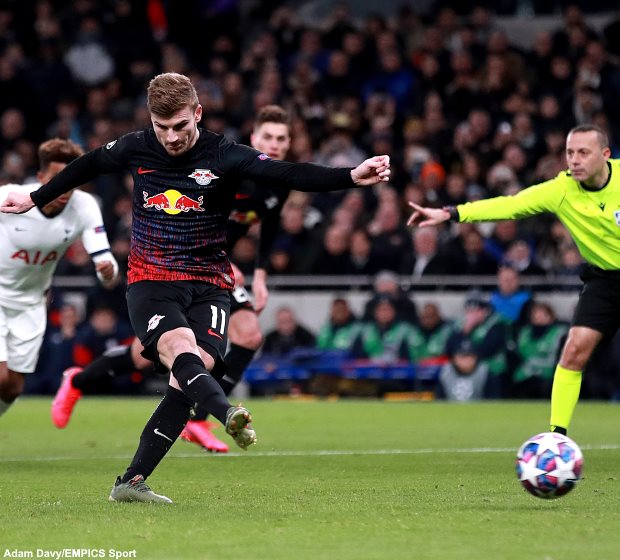 The RB Leipzig striker has been openly flirting with Liverpool ahead of a potential move, but the Reds are yet to make a concrete move for him.

The German has offers on his table from Manchester United and Barcelona, but is waiting to see whether Jurgen Klopp wants him at Anfield next season.

But he could have other suitors in Real Madrid, who are also tracking Borussia Dortmund’s Erling Braut Haaland and Inter's Lautaro Martinez.


Werner has a straightforward €60m release clause in his contract, but it is only applicable until the end of April.